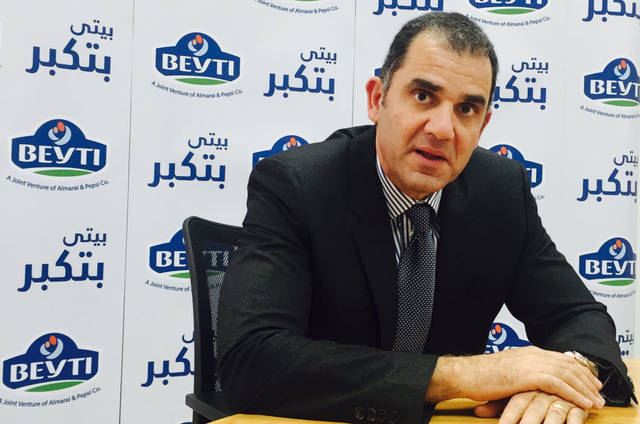 International Company for Agro-Industrial Projects, Beyti, aims to boost sales to reach EGP 3bn by the end of 2017, compared to an expected sales size of EGP 2.5bn this year. The company has realised 75% of that target over the first nine months of the year.

According to CEO of Beyti Mohamed Badran, this capital increase reflects the parent company’s confidence in Egypt’s economy and its desire to be present in the Egyptian market.

A new juice factory, which was initiated in March in attendance of the minister of finance, will be completed by the end of next year. The project costs EGP 1bn, which is part of EGP 4bn allocated for the company’s five-year plans.

The factory is on an area of 60,000 sqm in Nubaria, Beheira governorate. Its capacity is set at EGP 1.5bn worth of juice cartons per year. Beyti has also begun establishing a technological centre at a cost of EGP 10bn to maintain the quality of products put on the market or those exported abroad.

Badran said that the company’s five-year plan is based on four main points: expanding and raising production capacity; establishing a new juice factory instead of the factory for both dairy products and juice; increasing the number of production lines and establishing a 5,000-strong cattle farm (which would later be increased to 30,000 cattle over a few stages); and adding more branches, as well as direct and indirect distribution outlets.

Once the new factory is operational, as well as expansions for the current one due to be completed next year, Beyti’s sales would be boosted to EGP 3bn.

The company achieved sales worth EGP 1.8bn last year. Badran said that Beyti set a target of EGP 2.5bn this year, of which the company has realised 75% or EGP 1.875bn.

Negotiations are underway for the first plot of land, he said. It is located in between two plots of land examined by the company recently within the 1.5m feddans project, west of Minya.

He said that the second plot of land is owned by individuals in Wadi Natrun. He noted that the company needs an area of 1,000-4,000 feddans to implement the pilot cattle farm.

Beyti also aims to raise its exports share to the Arab market, in the Arab Mashreq and North Africa, in addition to expanding across Africa. Badran said that the company’s exports last year were very low, as the company entered new markets for the first time.

Beyti’s exports improved this year, though still below the sought-after level. He noted that exports comprise 10% of total sales currently. The company targets this to reach 20% of total sales in one and a half years.

Badran said that increasing the production that is exported is not difficult, but requires that production capacity be raised to meet the needs of the domestic market first. He noted that the shortage of hard cash currently caused some of the company’s production lines to be halted and forced the administration to lower production in other factories.

He added that the problem is not the high price of the US dollar on the unofficial market, but rather its scarcity at banks, as companies do not resort to illegal measures, which impacted imports of raw materials.

The company imports packaging from Saudi Arabia. “The US dollar shortage increased production costs, as 40% of sheer costs are in the packaging,” he said.

The price of the US dollar against the Egyptian pound has increased by 40% over the past two years, yet prices have gone up by less than 15%. This year alone prices went up by 10-12.5% as companies cannot bear the successive increases in production costs.

The value-added tax is implemented across the board, Badran said, noting that it will impact the prices of juice by 3%, whereas dairy and similar products are exempted from this tax by law.

He estimated the company’s market share in dairy and juice at 20%, pointing out that it will register 25% by the end of next year with the entry of the new factory and the ongoing expansions.

According to Badran, the size of the local juice market stands at EGP 10-12bn per year, marking a growth of 9% compared to a population increase of 2%, which highlights the importance of the sector.

Betyi has 3,500 direct employees and 20,000 indirect workers. The company has a fleet of 700 vehicles, and 10 branches nationwide with plans to add 10 more in the coming period.

The company is a joint venture between PepsiCo International Corp. and Saudi Arabian company Almarai.