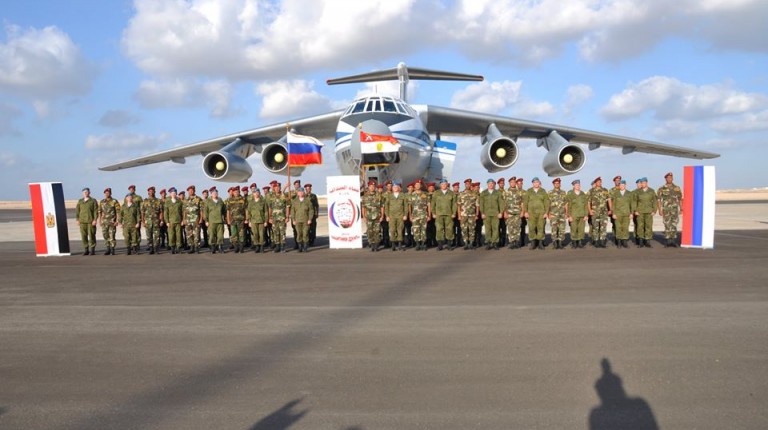 Russian airborne units arrived in Egypt on Sunday to take part in the first joint military counter-terrorism exercise in the Egyptian desert entitled Defenders of Friendship 2016.

Armoured personnel vehicles and quad bikes are among the equipment provided by Russia for the training.

“Russian airborne servicemen will perform a large-scale insertion operation [being “dropped” into battle] using D-10 parachute systems and military servicemen from Egypt will use T-10V parachutes in the course of the landing operation,” the Russian defence ministry said in a statement on Saturday.

Up to 300 servicemen will participate in this parachute operation held during the course of the joint exercise, according to the Russian ministry statement.

The joint military exercises are based on earlier agreements between Moscow and Cairo. In June, Russian and Egyptian navy forces conducted their first ever joint naval drills in the Mediterranean Sea near Alexandria.

No official comment has been released by the Egyptian side regarding the exercise, although local media reports claimed that the exercise is being held near Al-Alamein.

In early September, a military delegation from Egypt headed to Russia for meetings and discussions on bilateral military cooperation between the two countries.

During the previous visits, the two countries signed several agreements for the renovation of military production factories in Egypt.