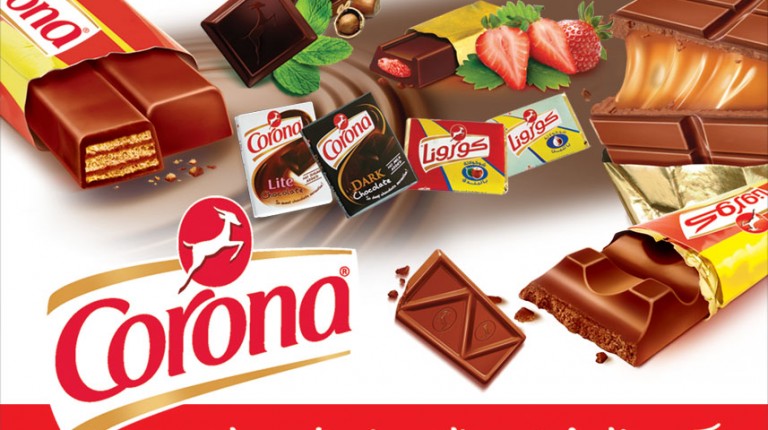 Ahmed Shaaban, the sales manager of Corona, said that the company is targeting a 40% growth in sales by the end of 2016 through expanding the distribution of its products in the coming period.

Corona prepared a plan to increase the number of distributors nationwide, Shaaban said.

Shaaban attributed the cause of non-proliferation of the company’s products in the last period to the distribution of products through only its exhibitions. However, the company recently began dealing with major commercial chains, such as Fathallah Market, Hyper One, and Zahran, Seoudi, El Hawary, Royal House, El Mahallawy Sons, and Casino, along with distribution through their product vehicles.

He added that the company plans to increase the number of distributors from 18 to 22 this year. This is through expanding in governorates such as Damietta, Port Said, Fayoum, Sharqeya, Kafr El-Sheikh, Giza, Menoufiya, and Qaliubiya.

Shaaban explained that the company exports its products in two ways: the first one is direct and the second one is through agents and offices. He pointed out that Corona achieved a 62% growth in exports since the beginning of 2016 as of September, compared to 2015.

He added that the highest targeted markets in the coming period are the US, Libya, Tunisia, and Kenya.

Corona owns four major plants and exports about 15% of its production, said Shaaban.

Corona has not participated in foreign exhibitions for a long time for several reasons, one of them being the high cost. The company is focusing on the domestic market more than foreign markets, Shaaban added.

Corona applies quality standards in all stages of manufacturing and transfer of products to consumers.

Efficient market rules cause any market to be open to competition with other markets through imports and exports, creating a climate of competition which ends with contestants seeking to raise the quality of their product, Shaaban added.

Shaaban noted that the number of employees in the company reaches up to 500.

Corona constantly seeks to train its workers according to scientific bases in order to develop their skills, noting that the company utilises foreign expertise to produce high-quality products.

The Alexandria Confectionery & Chocolate Company (Corona) was established in 1919 by Tommy Christo to become the first confectionery and chocolate company in the Egyptian market.  The company became a public sector company in 1963 through the process of nationalisation.