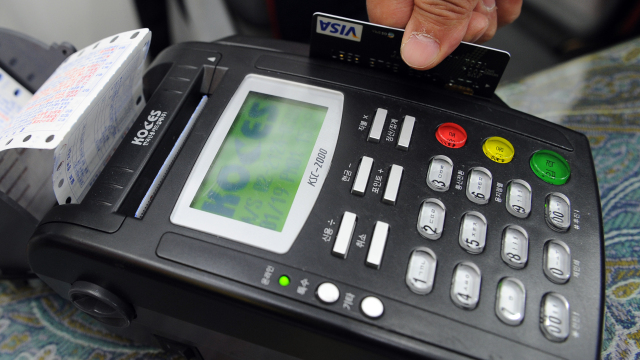 The volume of payments abroad, in terms of cash withdrawals and purchases using credit and debit cards from banks operating in the Egyptian market, amounted to $2.5bn from 1 July 2015 to 30 June 2016, according to Central Bank of Egypt (CBE) deputy governor Gamal Negm.

This amount increased by about $700m compared to fiscal year (FY) 2014/2015, during which card payments abroad registered $1.8bn, Negm said in televised remarks on Monday evening.

Negm attributed this increase to the rise in the number of credit cards issued by banks during the last fiscal year, in addition to increasing the usage of those cards abroad for commercial and personal dealings.

The number of credit cards at banks operating in the Egyptian market increased to about 3.825m cards as of the end of June, compared to 3.28m cards in December 2015, an increase of 545,000 cards, according to Negm.

These cards are used for personal purposes only and not for commercial operations. Therefore, misused cards will be suspended immediately, and it would be difficult for a client to obtain other cards after that, according to Negm.

Negm explained that banks spotted many types of card misuse abroad, and they informed the CBE to take the necessary steps.

There are clear instructions to banks to suspend misused cards, and they are committed to implementing these instructions, Negm said.

Banks added restrictions on the use of electronic cards abroad, even if the costumer has more than one card at one bank. Customers’ cards were also reviewed if they are issued from more than one bank.

A citizen was caught with 320 cards of his own and other customers—he was planning to travel abroad to withdraw US dollars in order to sell them in the informal market, according Negm.

Negm ruled out the rumours about the Egyptian citizens who bought properties worth $1.2bn in the United Arab Emirates using Egyptian banks cards, stressing that something like this would be difficult to realise.

He added that the banks spotted a marked increase in Egyptians living abroad using their Egyptian bank cards, rather than relying on their salaries.