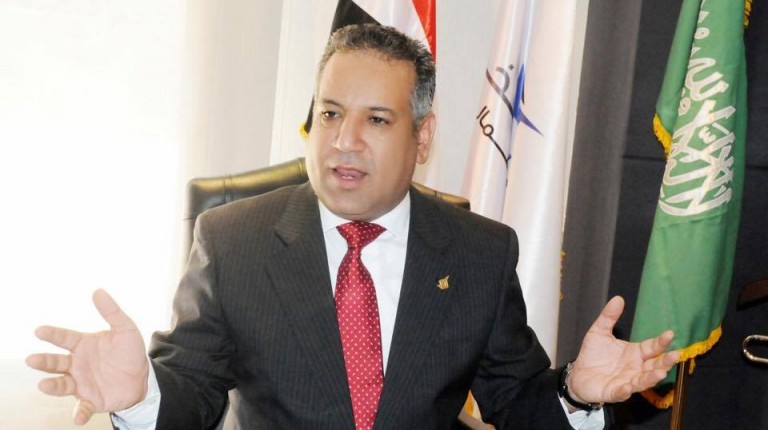 Bayt El Khebra for Investment and Financial Consultancy aims to offer advisory services to a number of clients in Egypt and the Arab world in order to attract investments to Egypt worth $2.66bn within a three-year period, according to CEO Yousry El-Sharkawy.

El-Sharkawy, who is also a member of the Egyptian Businessmen Association, sat down for an interview with Daily News Egypt to discuss the company’s plans.

What is the volume of investments the company plans to attract to Egypt over the upcoming period?

The company plans to offer advisory services to attract investments worth $2.6bn to Egypt starting this year until the end of 2018. The company has sought to offer these services and supervise investments worth EGP 3.3bn since 2014 until 2016. EGP 1.7bn were allocated for medical, real estate, food industry, and agricultural products projects in several areas, including New Cairo, New Maadi, and 10th Ramadan city.

The company has received requests from a number of Gulf investors to help them prepare studies for their new projects and find investment opportunities in sectors of education, health, and agriculture in Egypt.

What are the main economic studies the company is working to prepare throughout 2016?

A team of experts, consultants, and financial analysts specialised in economic feasibility studies have conducted over 16 studies of projects in different fields including health, education, agriculture, and maritime transport.

The company has completed a study to connect Yanbu port, located in Saudi Arabia, to Berenice port on the Red Sea coast across a distance of 200km. I expect the cost of the project to reach $500m.

We have contacted the federation for Gulf residents who love Egypt, which is still under construction, and is led by Kuwaiti investor Yousef Al-Amiri, head of Kuwait House for National Works, to seek the establishment of a tourist Arab investment fund with investments worth $1.5bn.

The company has begun preparing studies related to food security in the Arab world for an integrated agricultural, industrial, and logistics project. All resources can be exploited in this project, including land, Nile water, and laborers. Moreover, meat processing projects will be launched, in addition to projects to package citrus and agricultural products in Egypt, Morocco, Saudi Arabia, and Sudan. We are willing to communicate with the state regarding the establishment of a joint investment company specialised in agricultural fields, then obtain lands within the 1.5m acres projects with the purpose of agricultural investment.

As a Saudi Arabian investment, the company is supervising the establishment of an integrated hospital with 200 beds in Fifth Settlement, at the cost of $700m. The work is expected to be completed by 2018.

We are preparing a vision for a sports park complex in Nasr City, with investments worth EGP 550m, and with annual revenues estimated at EGP 90m.

Is there consulting provided by the company in the Suez Canal project?

We are discussing investment opportunities in the Suez Canal Development project. The company is receiving requests from investors in the Gulf countries, including Saudi Arabia, the United Arab Emirates, and Bahrain, to prepare studies of projects to be implemented there. We are currently discussing with an Arab investor a project to manage and operate container ships in the Suez Canal in a way that contributes to increasing local and foreign trade as well as increasing export rates through a modern integrated logistical system, with an initial cost of $700m. I expect the project’s volume to reach $1bn in cooperation with one of the countries specialised in the field, like Singapore and South Korea.

Does the company offer its consultancy to entrepreneurs and small enterprises?

Yes, we have dedicated a section for serving small projects, and we have a vision for small-sized and micro enterprises. The support we offer will not be limited to funding. The Social Development Fund has already worked on this but with unsatisfying results. So we must expand the promotional activities of small projects and look into simple financing mechanisms, like having banks that are specialised in funding these projects with interest rates of only 5% in order to avoid a conflict between funding channels.

Some countries have established funding entities that are specialised in only financing small- and medium-sized enterprises (SME).

What are the main projects the company prepared feasibility studies for in 2015?

The company has completed the advisory supervision of two properties owned by Dar Al-Maaly for Development and Investment. The first is a residential tower in Nasr City that includes 22 residential units, in addition to commercial and administrative units, with a total cost of EGP 300m.

The second project is four residential towers that include 480 units as an investment partnership between Dar Al-Maaly and Misr Al Mahrousa for Real Estate Investment.

We have also completed an integrated advisory supervision of one of the largest projects for meat production in Africa, with Saudi-Moroccan investments, and a capacity of 9,000 calves and 120,000 sheep on an area of 1,000 hectares and a total investment ranging between MAD 360m and MAD 400m. Production began in June 2015.

We have also contributed to the establishment of four companies, and the development of three Saudi companies to produce dates for over three years. We have helped Saudi dates enter more than 25 global markets. The volume of exports has reached $50m.

What do you think are the main problems that face the market for direct investment in Egypt?

Direct investment faces a multitude of problems in Egypt, the most prominent among which is the absence of real reforms in the law and controls of disputes between local and foreign investors and the state. This is in addition to the absence of timely mechanisms to resolve disputes inside economic courts. There is also the slowdown of procedures to register and transfer ownership due to the unavailability of an electronic system in parts of the country. Another problem is the obtainment of security permissions to establish companies and the approvals to allocate lands for project implementation.

To what extent do you believe the US dollar increase has affected the investment sector in Egypt?

The fluctuations in the price of the US dollar have lead to an imbalance in foreign investments, in addition to trouble with importing materials. The majority of Gulf investments are now headed towards real estate investments, which are considered more profitable.

To face the US dollar price increase, the state must activate dealing with Egyptian transfers abroad and try to reach $30bn by the end of 2017.

Moreover, it is necessary to open new horizons in the field of non-oil exports, which record $22bn, with the aim of increasing this number to $30bn. It is also essential to limit the gap between the exports and imports, which is estimated at $40bn. This can happen by improving the level of quality, opening new markets in Russia and Africa, and reconsidering the export incentives.

I suggest that the government should aim to launch at least 60 companies annually in different service and production fields, where the state owns a 10% share, while the rest of the shares should go to Arab or foreign investors or local investment funds by 40%.

50% of the remaining shares should be offered to workers abroad, then they should be put up for initial public offering.

What is the most prominent issue facing the state’s public budget?

The state’s public budget will be loaded with a number of problems including the fact that the wages and salaries item only represents EGP 228bn of the total budget— in light of the lack of production and the high employment rate among the state’s staff. I suggest converting a number of administrative jobs to technical and productive ones, as well as a strategic conversion to productive, agricultural, and exporting economy. Promoting an increase in production is beneficial to Egypt, rather than rebuilding the economy by borrowing, which increases the domestic and external debt that has reached EGP 294bn.

Fiscal policies should focus on improving tax collection policies, and reviewing the tax system during the coming period.

The state must follow governmental austerity, which will ease burdens on the state’s public budget by 10%, as long as it doesn’t impact the infrastructure requirements related to attracting foreign investment, education, and security.

What are the latest updates regarding the investment fund for Egyptians who work abroad?

We are currently holding intensive meetings with senior Egyptian investors working abroad and investors from the Gulf Cooperation Council (GCC) to select boards of founders and trustees and management for the fund. This is being done in preparation for applying to investment parties to supports its establishment, and possibly inaugurating more than a closed sharing company for the same purpose.

We are trying to reach the largest number of Egyptians abroad, which exceeds 9 million people. The idea behind the investment fund is investing in Egyptians’ capabilities abroad, and benefiting from their expertise in executive management and operating in health, logistical, agricultural, and animal production projects, and food commodities commercial exchange. The fund’s establishment is expected to be worth SAR 3.7bn

Yes, they do. I think that Upper Egypt isn’t included within the economic and investment circle. The state has turned its focus lately to Upper Egypt governorates and now pays attention to the infrastructure and security aspects. This is in addition to agricultural investment in Upper Egypt and villages in the Delta and setting up packaging, sorting, and exporting agricultural products.

What are the most prominent factors that will assist with reviving Egypt’s economy?

In my point of view, changing all rules behind the dealings of banks, such as savings, direct investment, investment funds, and eliminating the informal economy.

We should start dealing with the state’s public budgets with five- and 10-year budget plans to identify a cash flow rate for the state and how to control it, so that liquidity will not be affected.

We should also launch a detailed national statistics project to collect data and information related to Egyptians, the national income, and the economic status, as well as expanding upon resources for the US dollar, such as tourism and the Suez Canal.

Egypt must eliminate bureaucracy and corruption from the governmental system.

On the domestic level, the state must observe markets to avoid merchant greed and excessive prices.

Looking for investment safe havens, Egyptians turn away from the US dollar