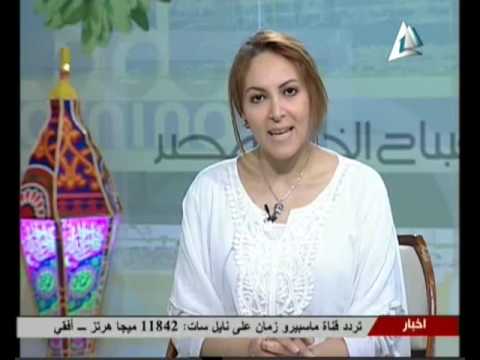 In a televised phone call to Wael Al-Ibrashi’s show, state TV presenter Mona Shokr apologised on Sunday for a error she made during a broadcast about new ruling against former president Mohamed Morsi by referring to him as ”Mr President” instead of “ousted president”.

Saturday’s news bulletin touched upon the retrial session for Morsi in what is known as the “Istiqamah Mosque” case for which he received a 20-year prison sentence.

Shokr said that it was an unintentional mistake, and that there is no need for all the controversy surrounding the error.

Following this error, head of the Egyptian Radio and Television Union (ERTU) news sector Khaled Mehanna received a memo from head of TV news Tarek Al-Agamy requesting that the presenter be referred to investigation and suspended from work for the time being.

The presenter’s mangers considered her error a violation of the prepared script for the news bulletin, which referred to Morsi as the “ousted president” not “Mr President”.

Morsi came to power in 2012 and was Egypt’s first democratically elected president; however, on 30 June 2013, protestors took to the streets demanding his ouster. The Egyptian Armed Forces ousted Morsi on 3 July 2013, in what Morsi’s supporters described as a “military coup”.

Recently a group of officials at the ERTU, also known as Maspero, were investigated after airing an old interview of President Abdel Fattah Al-Sisi instead of a recent interview with American public broadcaster PBS.

The mishap led the head of ERTU, Safa Hegazy, to order the dismissal of head of the union’s news department Mostafa Shehata. The department’s deputy head Khaled Mehanna was assigned to oversee the position until a new head is appointed.