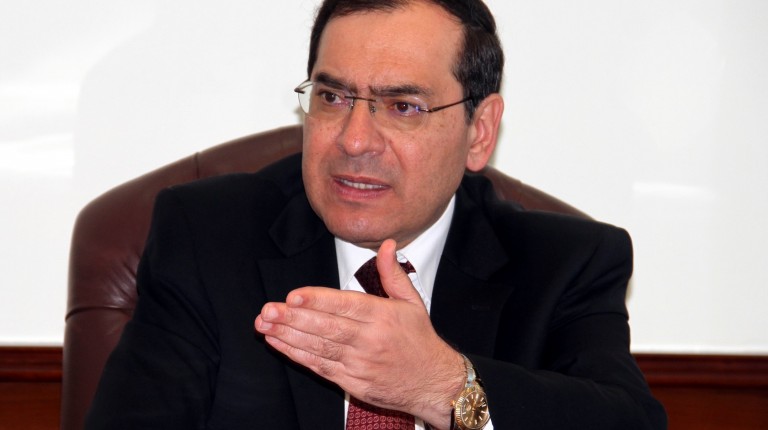 Minister of Petroleum and Mineral Resources Tarek El-Molla said that the Egyptian General Petroleum Corporation (EGPC) has not received a clear response from the Saudi company Aramco about the timing of receiving oil shipments.

The deal between the EGPC and Aramco stipulates that the latter will supply the EGPC with 700,000 tonnes of petroleum products every month for a five-year period.

On the sidelines of the American Chamber of Commerce’s conference on Tuesday, El-Molla told Daily News Egypt that they have offered a tender for securing November’s requirements for petroleum products at the same quantities contracted with Aramco.

He said in a press statement that the Aramco deal is still on, and the deal’s suspension “for a month or two or three, or even 10” does not mean that the contract is cancelled.

“What matters to the public is that they have the ability to obtain their petrol needs and this will happen through offering global tenders and purchasing petroleum products,” El-Molla said.

In terms of financing these needs, El-Molla emphasised that providing US dollars for petroleum needs is a national security issue, and that providing finances is a priority. Therefore, the government will allocate the required foreign exchange.

In terms of the bill, he said that it is paid on a monthly basis, and that there will be positive developments on the bill’s rate during the next period.

The monthly value of these dues is currently estimated at $3.6bn as of September, which is a sizeable decrease compared to $6.3bn at the end of 2014.

The minister refused to comment on subsidy restructuring for the petrol market, and said that nothing is to be added after what the prime minster had announced.

“Do you want me to say when will I increase the prices?” El-Molla said.

El-Molla said that a committee formed between the Ministry of Investment and the Central Bank of Egypt (CBE) working in coordination with NI-Capital Corporation is currently reviewing financial indicators that belong to eight companies from the petroleum sector.

He expects that the first offering will be negotiated over a petroleum company and will be announced in November.

The first company to be offered through the government offerings’ programme will be a petroleum company. There are eight oil companies, but only one of them will be offered in the Egyptian Exchange (EGX) to increase its capital.

The minster pointed out that initial public offerings (IPO) comprise 20% of the stock market.

“We are convinced by the EGX need for new companies to be offered in it, especially companies that enjoy strong financial solvency,” El-Molla said.

The government announced earlier that it intends to take an additional  20 companies public on the stock exchange to stimulate the market, including the eight oil companies.

The ministry is working on a new strategy for mining, and transforming companies operating in the sector from public companies to investment companies similar to what happened in the petrol companies.