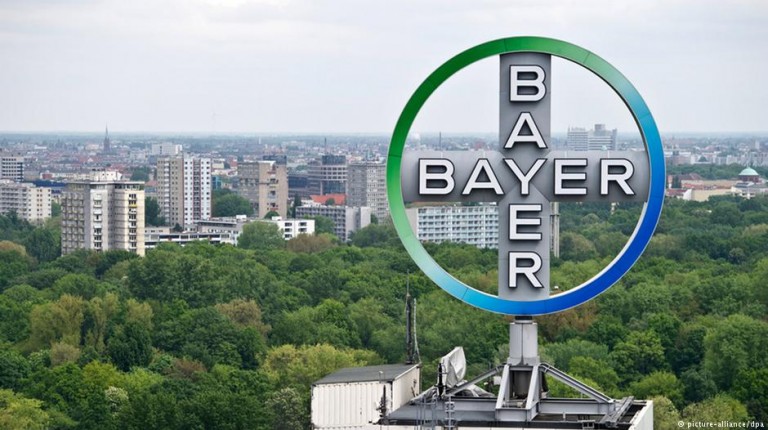 German pharmaceutical giant Bayer has reported strong earnings and sales for the third quarter on higher demand for prescription drugs. The company is finalizing the biggest merger ever undertaken by a German firm.Leverkusen-based Bayer said Wednesday its bottom-line profit rose by 18.8 percent to 1.19 billion euros ($1.3 billion) in the three months to the end of September.

Third-quarter earnings before interest and taxes climbed by 6 percent to 2.68 billion euros, while sales in the same period increased by 2.3 percent to 11.26 billion euros thanks to demand for new description drugs such as blood thinners.

The group also reaffirmed its 2016 sales outlook at between 46 billion and 47 billion euros.

Bayer released the results as it moved to finalize its planned $66-billion takeover of US agrochemical company Monsanto.

“Bayer and Monsanto fit perfectly together and complement each other excellently,” CEO Werner Baumann said in a statement.

The merger, which is the biggest ever undertaken by a German company, will create a global leader in the agricultural chemical business and is expected to be completed by the end of next year.

What the Bayer-Monsanto merger means for food, farmers and the environment