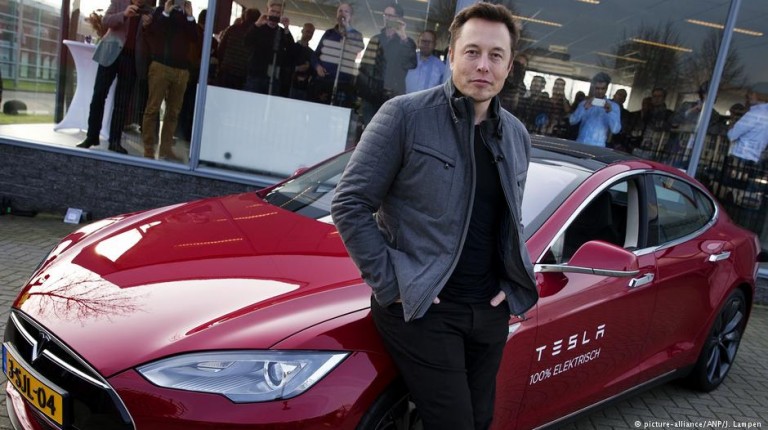 Tesla shares have gained more than seven percent after the electric-car and battery maker reported its first quarterly profit in three years and said it was on track to meet its delivery targets for the year.

The US electric carmaker on Wednesday reported a net profit of $22 million for the third quarter – up from a loss of $229.9 million in last year’s July-September period – and its second quarterly profit ever.

Revenue came in at $2.3 billion, which was more than double the amount over the same period last year, surprising analysts who had expected sales of around $2.2 billion and another loss in earnings, according to a poll by FacSet.

In a conference call Wednesday night, Tesla chief executive Elon Musk said there was a “chance” for the company to remain profitable even if “non-cash stock-based expenses” would be taken into account.

“Things are looking good. It’s not to say there could be some darkness ahead… (but) it’s overall looking quite promising,” he said.

The Palo Alto, Calif.-based automaker, known for its high-end cars that sell for upwards of $70,000, went public in 2010 and has seen only one additional quarterly profit at the beginning of 2013.

In the near-term future, conditions for Tesla will remain challenging. A sizeable part of its Q3 profit came from selling zero-emission vehicle credits to the tune of $138.5 million to other automakers. Revenue from such credits would be “negligible” in the fourth quarter, Tesla said.

There are also questions about the integration of SolarCity, which lost $55.5 million in the second quarter. CEO Musk proposed in June that Tesla buy SolarCity in an all-stock offer now worth around $2.45 billion. Shareholders of both companies will vote on the proposal on Nov. 17.

Some investors have expressed doubts about the merger, and investment bank Goldman Sachs even downgraded Tesla’s shares from “buy” to “neutral,” saying the tie-up could delay the release of Tesla’s much-anticipated Model 3.

But Musk said on Wednesday he thought SolarCity would be neutral or “perhaps a cash contributor” in the fourth quarter if the merger were approved. He also reiterated that Tesla shouldn’t need to raise cash to support the Model 3, and didn’t expect a capital raise through the first quarter of next year.

Tesla plans to start delivering its first mass-market Model 3 electric car in the second half of 2017, saying it was “well on track” for the launch. The company, however, didn’t provide a new figure on the number of reservation holders for the model. In May, Tesla said more than 370,000 people had put down $1,000 for the car.