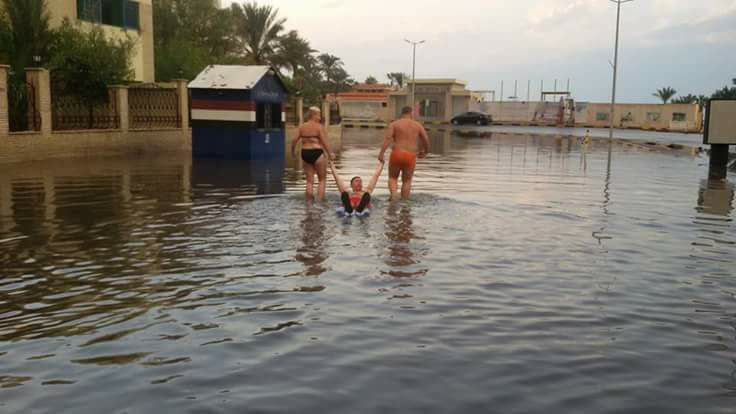 Like last year, rainfall across Egypt’s governorates has caused another crisis, killing 18 people and injuring more than 27 others.

Members of parliament are preparing questions for the government about this yearly crisis.

Every year, the rainfall is concentrated in particular areas of Egypt, yet the government always acts surprised, said Aliaa El-Mahdy, economist and former dean of the faculty of economics and political science at Cairo University.

It seems that the government has not developed infrastructure across the country following the rainfall last year, possibly due to the ongoing poor economic conditions, she added, pointing out that the state’s delayed action will accumulate higher costs on top of successive crises.

El-Mahdy said the government has not changed anything from the past year until now, describing what happened as “extreme negligence”. The government doesn’t even know how to manage the crisis, which resulted in more victims, she said.

She added that rainwater could be useful if the government had the ability to develop the infrastructure to store rainwater. The state must find a way to benefit from the water instead of acting surprised and losing citizens to such a preventable problem.

She said that other countries know how to deal with heavier rainfall, often utilising it in agriculture.

Regarding the $500m loan received from the African Development Bank (AFDB), El-Mahdy said that she doesn’t know anything about the loan or how the government used it; but this loan is enough to develop infrastructure for storing rainwater.

In November 2015, Minister of International Cooperation Sahar Nasr said the AFBD loan would be used to develop infrastructure, after the same problem happened last year. The minister also said that Egypt received $2.25m from the bank as a grant for the government to help the victims of last year’s heavy rainfall.