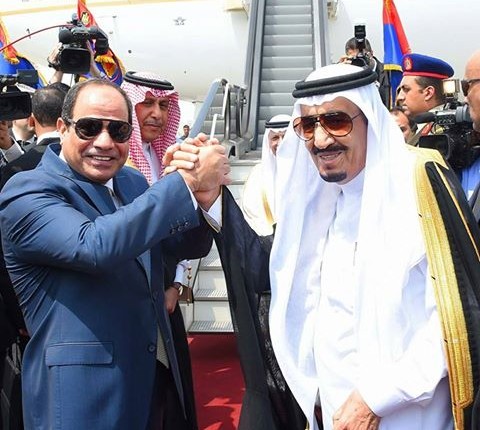 Egypt’s Ministry of Foreign Affairs issued a statement on Friday about the “regrettable attitude” of the secretary general of the Organisation of Islamic Cooperation (OIC) who mocked President Abdel Fattah Al-Sisi on Friday during a conference in Tunisia.

At the opening of his speech, secretary general Eyad Madany, a Saudi diplomat, referred to the Tunisian president Beji Caid Essebsi as “Beji Caid Al-Sisi” but then immediately backtracked, apologising for what he described as a “big mistake”. He went on to say that he is sure that the refrigerator of Essebsi includes more than just water.

This is in references to Al-Sisi’s statement earlier last week during the National Conference of Youth, in which he said that he had spent 10 years of his life with only water in his refrigerator without complaining. The president’s remark roused sarcastic comments from Egyptians, particularly as Al-Sisi then went on to contradict his statement by saying that he was from a privileged family.

In the statement, Egypt’s Foreign Affairs Ministry spokesperson Ahmed Abou Zaid said that Egypt has assigned its envoy to the OIC to file a note of protest in opposition to the statements of its secretary general.

Abou Zaid continued that Egypt was informed that the secretary general apologised for his statements, and Egypt will follow up with the OIC to specify the required measures to modify the path.

Madany reportedly apologised in a statement for his comments and said that he said this as a joke, and did not mean to insult the Egyptian leadership represented in Al-Sisi. The statement assured that Madany respects Al-Sisi as the latter is leading an esteemed Arab country. He concluded his statement by praising the National Conference of Youth, saying that it represents a new path that gathers both leadership and young people to tackle important issues.

Meanwhile on Friday, Egypt strongly condemned the missile attack that was fired by the Houthi group in Yemen and targeted Mecca in Saudi Arabia. The statement released by the Foreign Affairs Ministry said that this attack is an unacceptable instance and belittlement of holy Islamic places and the souls of innocent civilians, which cannot be ignored.

The statement concluded saying that Egypt is fully supporting Saudi Arabia and its steady stance in supporting legitimacy in Yemen.

Tension erupted between Saudi Arabia and Egypt earlier this month when the latter voted in favour of the Russian draft resolution in the United Nations security council regarding a peace solution in Syria. While Saudi Arabia and the United States are backing the opposition in Syria, Russia is supporting Syrian president Bashar Al-Assad’s regime and has executed several airstrikes in Syria. Egypt hasn’t announced its clear stance towards the Syrian issue; however, it reportedly received a delegation from Al-Assad’s regime earlier this month. Also, it supported Russia in the United Nations security council which is accused of executing war crimes in Syria. Officials from Egypt and Saudi Arabia deny any tension between the two countries.

The relations between the two countries have flourished in April following the Saudi king’s visit to Egypt, during which the maritime border demarcation deal was signed. The deal stipulates the transfer of the sovereignty of Red Sea islands Tiran and Sanafir from Egypt to Saudi Arabia.