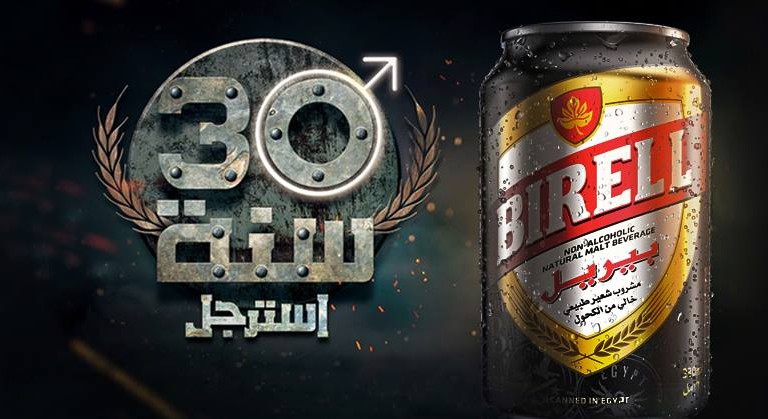 The Egyptian Consumer Protection Agency (CPA) referred on Monday Al Ahram Beverages Company, which produces Birell soft drinks in Egypt, to prosecution over a social media advertisement that hurts the army, according to an official statement issued by the agency.

The advert in question was published on Birell’s Facebook page two weeks ago as part of an ongoing advertising campaign to market the soft drink as exclusively for men. The advert promoted exemption from military service as the “dream” of every young man in Egypt. The company received massive backlash from social media users and public figures.

In response, the CPA stated that the company had deliberately intended to hurt a state institution: the Egyptian Armed Forces.

The Birell advertisement is considered a clear violation of Egyptian values and societal traditions, according to a statement issued by CPA head Atef Yacoub.

“The advert portrays young Egyptian men in an inappropriate way by claiming that their only dream is to flee military service, as if they were not Egyptians. The decision to refer the company to the prosecution is a clear message to all companies that the agency is not complacent when it comes to violations against the law,” Atef said.

Following the massive outrage, the company issued a statement apologising for the advertisement on its Facebook page. It claimed that this advert was published on its page without permission or revision by its administration.

“Birell deeply apologises for the post published on its Facebook page. The company confirms that it was published without the established administrative rules being applied and without approval from the higher administration,” the statement read.

Moreover, the company noted that its policy prohibits the merger of advertising campaigns with any state institution, adding that strict measures have been conducted to hold all responsible employees accountable.