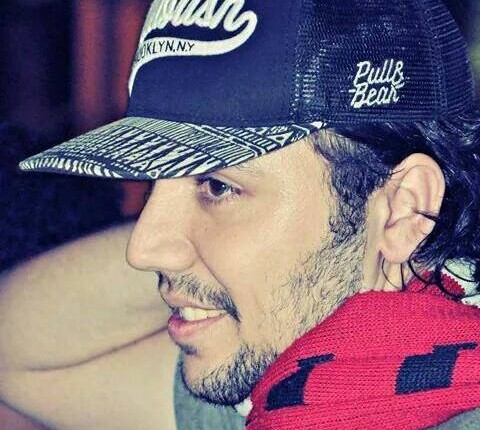 Activists initiated an online campaign in solidarity with Ultras White Knights (UWK) member Sayed Ali Fahim, known as Moshagheb, after he went on a hunger strike to protest the violations he is facing in detention.

Moshagheb began his strike a few days ago, after seven months of being held in solitary confinement and being prevented from receiving visits by family or friends.

The supporting activists circulated hashtags on Facebook and Twitter, including #no_to_ solitary _confinement and #Freedom_for_Moshagheb. They also published photos of themselves with banners that read “freedom for Sayed Moshagheb”, as well as raising one hand in a fist—a gesture that Moshagheb usually performs during his court sessions.

Moshagheb is accused of attempting to murder the elected head of Al-Zamalek club Mortada Mansour and is also charged for his involvement in the Air Defence Stadium case that took place on 8 February 2015, ahead of a match scheduled between Al-Zamalek and ENPPI, leaving an estimated 20 fans killed.

Moshagheb is not the only prisoner who has gone on hunger strike—several prisoners, especially those housed in Scorpion prison, have launched hunger strikes in protest of the poor conditions in prison and increasing violations they face during their time in detention.

Human rights violations are regularly reported to occur in Egyptian prisons amid denials from the Interior Ministry. The violations do not only include solitary confinement, but also torture, lack of ventilation in prison cells, and several others. The detention practices of Egyptian prisons has been heavily criticised by non-governmental organisations.