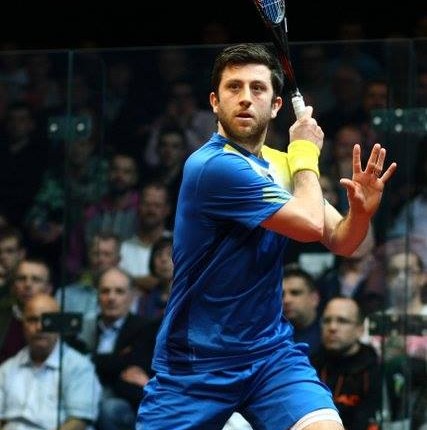 Squash originally comes from England and the British Empire brought the sport to the countries that the British colonised. In these countries, squash is more accessible, and nowadays Egypt provides some of the most advanced players in the sport.

He commented: “Egypt is taking squash to new levels, in terms of the way Egyptian champions are playing and how good it is to watch their performance.”

He added, however, that the English are “still sticking in there” and trying to compete at the top level.

Selby will play Monday against Egypt’s Ramy Ashour, who is ranked eighth internationally.

“I have a really tough draw playing against Ashour. It is going to be challenging so I need to test myself a little bit during the game. I am going to enjoy playing against an incredibly talented player like Ashour,” Selby told Daily News Egypt.

Although it seems stressful for a foreign player to compete against a talented Egyptian champion on Egyptian soil, Selby had a different opinion: “The louder the audience gets, the better, as it motivates the players. It makes the match more interesting. In my case, sometimes it’s nice to be the underdog.”