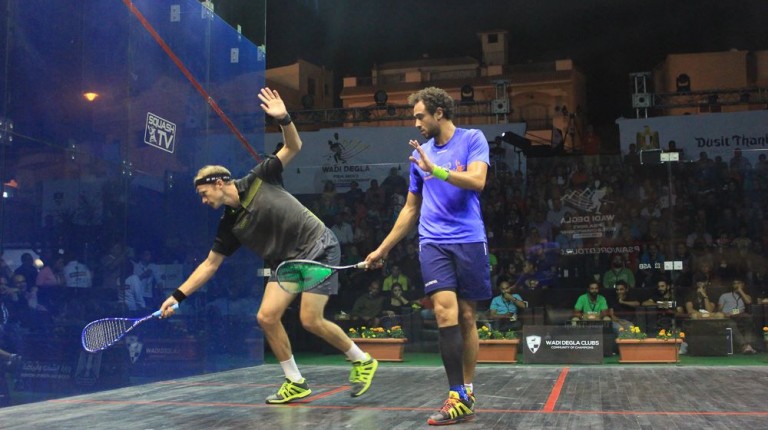 Karim Abdel Gawad reached the quarterfinals after he beat Hong Kong’s Max Lee 3-1. Although Lee won the first game (11-7), Abdel Gawad managed to recover the following three games in his favour (11-3, 11-6, and 11-6).