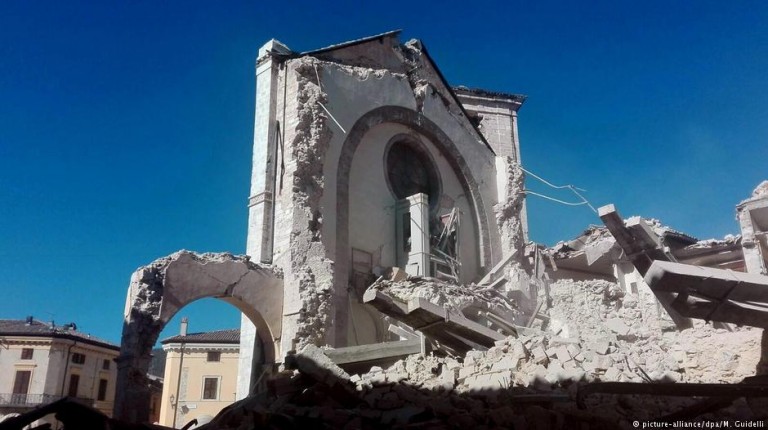 Margarita Segou, a seismologist at the British Geological Survey, said that while there will likely be a decrease in earthquakes in the region, there is a likelihood of stronger aftershocks in the aftermath of Sunday’s destructive earthquake.

Carlo Doglioni, president of Italy’s National Institute for Geophysics and Vulcanology, said that the intense activity surrounding a series of faults in central Italy is not abnormal.

A similar series of three seismic events occurred within months of each other in 1703, which is “normal for the Apennines,” Doglioni said.

It “means we can expect some 5 magnitude quakes and many of magnitude 4” in the wake of Sunday’s earthquake near the historic city of Norcia, he added.

Italian civil protection chief Fabrizio Curcio said 20 people had been injured in the event, while no deaths had been reported.

The lack of deaths in the strong temblor was likely due to a pair of powerful jolts that shook the region last week, prompting people to flee their homes.

“Everyone has been suspended in a never-ending state of fear and stress. They are at their wits’ end,” Bishop Renato Boccard of Norcia told Reuters news agency after the city’s 14th century Bascilica of St. Benedict collapsed in the wake of Sunday’s quake.

‘We will rebuild everything’

“We will rebuild everything, the houses, the churches and the businesses. Everything that needs to be done to rebuild these areas will be done,” Renzi told reporters.

There will be “no regard for technocratic rules,” he added, saying that money spent to make public buildings, including schools and hospitals, earthquake-proof may be considered outside EU limitations on budget deficits.

NATO secretary general: ‘We are not in a Cold War’