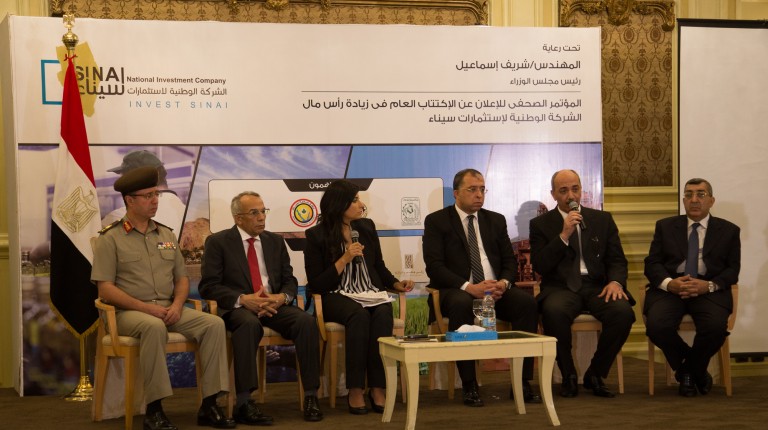 Fahmy said that the par value of each share is estimated at EGP 100, with a minimum subscription of 50 shares and a maximum of 50,000 shares, equivalent to EGP 5m per person.

The IPO will be limited to Egyptian citizens residing in North Sinai and South Sinai provinces as well as the Suez Canal provinces of Port Said, Ismailia, and Suez, which ensures that the investment returns will go to citizens in Sinai.

Fahmy added that his company plans to list a part of the company’s shares in the stock market within the next two years, which allows subscribers to exit quickly and easily, and enables the company to obtain the required financing for expansions.

The company will issue 20m shares at EGP 100 per share, with an issued share capital of EGP 2bn.

Prime Minister Sherif Ismail said that the National Company for Sinai Development aims to develop one of the most precious areas in Egypt: Sinai.

He added that the company will work to implement several development projects in Sinai and the Suez Canal cities, in partnership with the private sector. It will establish new projects and participate in other underway projects.

Planning Minister Ashraf El Araby said that the company aims to achieve sustainable development in Sinai and the Suez Canal area, as Egypt is currently suffering from a lack of balanced development.

The development of Sinai and the Suez Canal cities is a top priority for the government, he said, adding that sustainable development is the most effective solution to terrorism in Sinai.

The company was established by the National Investment Bank with an ownership share of 47.1%, the National Service Authority of the Armed Forces with 42.8%, and the National Authority for the Development of the Sinai Peninsula with 7.14%.