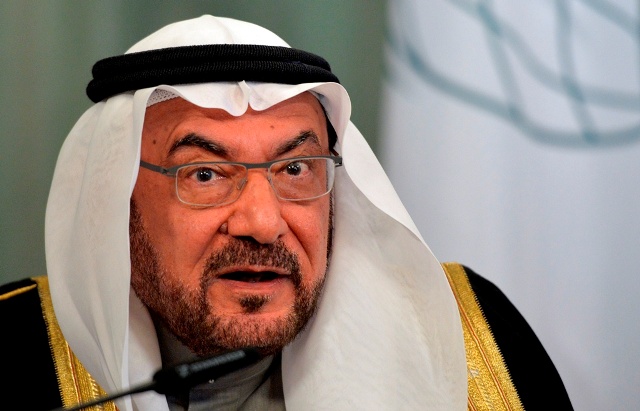 The Ministry of Foreign Affairs announced on Monday Egypt’s support to the new Saudi candidate, Ahmed Al-Othaymeen, for the position of secretary general of the Organisation of Islamic Cooperation (OIC), after Eyad Madany filed his resignation.

The ministry said in a statement that it received a memorandum informing Egypt that Al-Othaymeen, the former Saudi minister of social affairs, is running for the post. Egypt supported the new Saudi candidate in what the Foreign Ministry described as a “very important role Saudi Arabia is playing in the OIC”.

Madany had referred to earlier statements made by Egyptian President Abdel Fattah Al-Sisi during the National Youth Conference, in which he had said that he had had nothing but water in his refrigerator for 10 years and that he had never complained about that.

Political science professor Hassan Nafaa told Daily News Egypt that the reason behind the resignation is Madany’s mockery of Al-Sisi, and any official in an Arab organisation should avoid any comments pertaining to conflicts between countries.

“There is obvious tension in the current Egyptian-Saudi relations regarding many issues, including the Syrian and Yemeni turmoil. The problems may go deeper than differences in political stances; however, the two countries are aware that the problems cannot be escalated due to the region’s current situation,” Nafaa concluded.

Political analyst Atef Ghamry told Daily News Egypt that Madany did not stick to the foreign policy protocols. Even if countries are not on good terms, politicians prefer not to cross certain lines. He said that these statements do not comply with the traditions of Saudi Arabia.

Ghamry added that Egypt and Saudi Arabia have different political stances, but that they are not in conflict.

Madany apologised for his statement and said it was a “joke”, adding that he respects Egypt’s leadership represented in Al-Sisi. He also praised the National Youth Conference that was held in Sharm El-Sheikh last week and said that it used new methods to communicate with youth.

Following Madany’s resignation, Saudi and Egyptian media figures and activists took to Twitter to comment on the decision. Saudi TV host Gamal Khashoggi said that Saudi has “lost a knight who had served his state and people”. He praised his role in reviving the role of the organisation on an international level.

Emirati professor of political science Abdul Khaleq Abdullah said that Madany apologised for his comment, but he paid for it by resigning. Egyptian TV host Moataz Abdel Fattah said during an interview that resignation was a normal punishment for the crime he had committed, namely insulting Al-Sisi.

TV host Khairy Ramadan said that the resignation decision should be respected as it prevents any clashes between the two countries.

Saudi social media users launched a campaign on Twitter titled “Thanks Eyad Madany”. They defended him by saying that he was the only one who exposed Al-Sisi and said something true. Conversely, Egyptian users praised the resignation decision and considered it a victory of Egypt’s foreign policy.

In a TV interview, political analyst Mostafa Al-Fekki said that Saudi people prefer “morals” rather than “mockery”, adding that Madany’s remarks may have put an end to his political career.

Saudi-Egyptian relations were publicly shown to be strained when Egypt voted in favour of the Russian resolution regarding Syria in the United Nations security council. Saudi’s envoy to the UN said that Egypt’s voting was “painful”, particularly as Saudi Arabia is supporting the opposition in Syria, while Russia supports Syrian president Bashar Al-Assad.