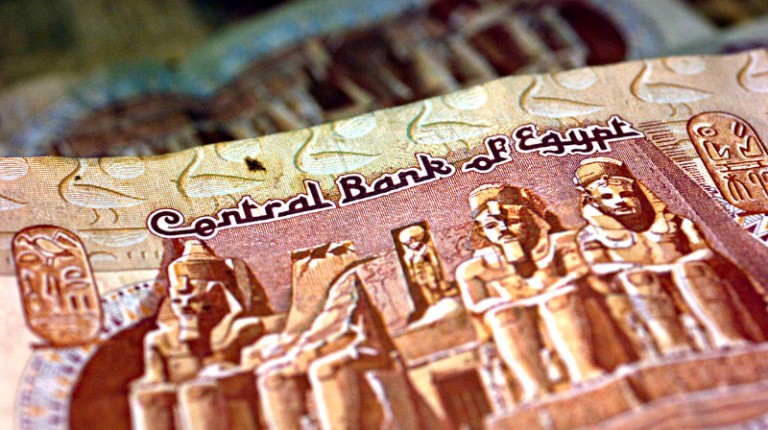 A prominent banker told Daily News Egypt that there is a major problem which must be solved before the Central Bank of Egypt (CBE) takes any step towards devaluating or floating the pound: banking customers with open currency positions in foreign exchange.

The CBE decided earlier to allow banks to cover the letters of credit for their customers who import in US dollars by lending them the value of those credits on the condition that the customers will later repay those loans when they have foreign currency.

The import deals of these customers were implemented at the dollar’s official exchange rate in banks, which has stood at EGP 8.88 since March.

While there are no precise statistics on the size of these customers’ open currency positions at banks, some are estimating them at $2-5bn.

According to the source, any new decrease in the value of the Egyptian pound before the customers pay what they owe to banks will cause them heavy losses. In this case, the customers would have to buy dollars at high rates even though they had done the import deals at the [hypothetically] older official price.

According to an official at the treasury sector in a bank operating in the local market, only those customers will be affected by the consequences of devaluating or floating the pound, as the contracts between banks and their customers state that if the customer has any open currency positions, only he/she is committed to paying the dollar amounts owed to banks from his/her own resources.

The source added that banks may be affected if customers fail to provide dollars and pay what they owe banks.

The majority of the customers priced their goods upon the unofficial dollar exchange rate at the time of implementing the deals. These customers will not be affected in the case that the pound is devaluated or floated. On the other hand, a limited number of customers priced their goods upon the official dollar exchange rate. This segment is the one that will be greatly affected, according to the source.

The source added that the most affected customers are importers of medicine and those who import goods that are priced by the government.

According to banking expert and general manager at a bank operating in the local market, Dr. Ezz El-Din Hassanein, if the pound is devaluated to a level close to the unofficial price, the government will be the most affected party following that step.

He said that the government is the main importer of the food commodities and fuel, and has obligations in dollars. Moreover, its public companies, such as the Suez Canal Authority, as well as petroleum and electricity companies are debtors in dollar. Additionally, such a step would increase the state budget deficit, according to Hassanein.

Hassanein is expecting the dollar price in the unofficial market to increase to an extreme level, and the price of goods and services to double if the CBE devaluated the pound without a plan to face the repercussions of that step.

To counteract this possibility, the Chinese yuan must first be announced as the only currency used in importing from China; the dollar price would then collapse down to EGP 12 or less. At that low price, the CBE can then officially devaluate the pound to a suitable price for both importers and exporters, without the dollar’s price increasing again, according to Hassanein.

Hassanein said that any pound devaluation by the CBE before that step would be “suicidal”; therefore, devaluating or floating the pound is unlikely at the present time.