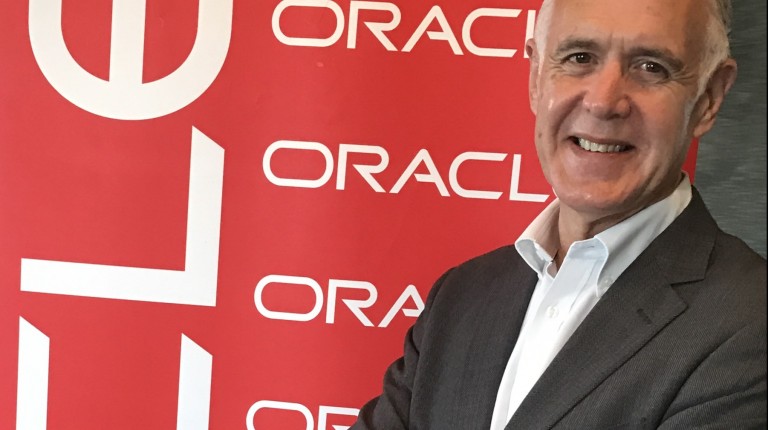 The Egyptian market has large potential for growth, according to Steve Cox, vice president  at Oracle, as well as Oracle ERP and EPM Cloud Go-to-Market. Cox said that launching 4G services in Egypt will secure even further opportunities for the growth of IT services and cloud networks. As it is an important country for Oracle’s operations, Cox said that business transactions in Egypt are conducted in Egyptian pounds, in an attempt to ease the burden on the state’s scarce foreign reserves.

Why does Egypt show great potential for cloud networking?

I think the potential is massive. Not only due to Egypt’s sizable population but also owing to the investments being made in infrastructure. We can see this in the announcement for 4G networks. Everybody uses smart phones, but the transition from 3G to 4G changes everything. It in enables you to use your smart phone’s mobile network the same way as WiFi. By implementing cloud networking and computing on top of 4G networks in Egypt, the market will be provided with the tools to expand. Egypt’s market has good growth—4% a year. If you couple that with the right technology and infrastructure, the world is your oyster.

Absolutely! It is not just the cloud; it is the adaption of new technology in the market, for mobile use, for analytics, and for social access to larger data networks. I think Egypt is exceptional; you can find all the right ingredients here for expansion in the market. The recent 4G announcement by the nation’s four major vendors, Telecom Egypt, Orange, Vodafone, and Etisalat was a catalyst. Everywhere that 4G exists, you find growth.

Of course, cloud networks do not work on 4G alone, but with stable WiFi networks and great internet access over the phone new possibilities are created. You then have an environment where you can work anywhere and seamlessly transition between devices. This increases business productivity, because you are working smarter, not just harder.

Entrepreneurship and small- and medium-sized enterprises (SME) are growing in Egypt. What can cloud technology do for these businesses?

I have spent most of my career working with SMEs and start-ups using Oracle, and entry costs have never been lower. In the generation after the internet boom, to buy the computing power you needed as a business, it might have cost you hundreds of thousands of dollars. Now, you can do that for much less–even as low as 1% of the cost. With cloud networking as an enabler, you reach the stage where businesses can be created at a phenomenal rate. We can observe this in the financial technology (FinTech) sector, which is global; however, the companies are usually very small. Many of them will tell you: “We had an idea and it was very easy for us to get started.”

For the traditional SME sector, the technology enables them to sell to broader markets, completely revolutionise their IT infrastructure, and give them the freedom to focus on growing their business rather than focusing on maintaining an IT structure. It opens new avenues and streamlines processes. We free up the time that was consumed in routine business processes to actually invest back into the businesses and make strategic decisions. If they are producers, they have the time to improve their products or go into new markets.

The fundamental difference between many organisations’ existing IT infrastructure and the IT infrastructure that is enabled by using cloud networks is this ability to manage innovation. Over the past year, we made 400 new features and innovations in our Oracle ERP Cloud alone. Businesses with a traditional IT infrastructure may encounter obstacles. Your ability to adapt to innovation is not constant. The market changes every quarter that means businesses have to adapt just as fast.

Internet infrastructure in Egypt is still wrought with problems. Broadband is not fast enough and mobile coverage is still limited. Even if cloud technology has a huge potential for growth, do you think those infrastructure challenges can be overcome?

Countries today are leapfrogging from relatively slow speeds of 2MB to speeds of 23MB and 1G within a short time period. If this is a current problem, it is a temporary constraint.

The government expressed its commitment towards developing large data and cloud networks to benefit the healthcare, education, and banking sectors. How is Oracle working with the government to support these moves?

As I am not based in Egypt, I am not familiar with the discussions between the company and the government. However, let’s look at a simple issue like maintenance of street lights. A network to indicate when there is a problem with a streetlight is more efficient because it will alert you to a potential problem instead of waiting for a customer complaint. You have the ability to deal with potential issues, and record patterns and trends. It can extend to other road services as well. It’s all about application.

The banking industry has adopted cloud services and uses them as a secure way to manage information and data. Which other key sectors could use the cloud?

Essentially I believe all of them can benefit from cloud networking.  How quickly they adapt will depend on the industry. Banking perhaps is ahead of the curve—probably due to circumstances in the sector over the past few years and the emergence of FinTech. But my view is that there is not a single industry could not take advantage of cloud networking tools.

The US dollar shortage in Egypt affects the investment climate. Yet, Oracle has been maintaining its presence in Egypt. Why do you believe the market still has the potential for growth?

The US dollar shortage affects all industries, not just the IT sector. We were approved to make deals in Egyptian pounds, with both the government and the private sector.

Doesn’t that affect your company?

Of course. We advised the mother company that we have two paths to choose from: either giving exceptional discounts to clients in Egypt, or selling our products in Egyptian pounds. We have to discuss this deal by deal, but we have not been denied a single transaction.

We are investing and increasing the number of our employees here. Over the past six months, we moved an entire centre from Dubai and replaced 25 foreign experts with 25 Egyptians in Egypt.

Oracle is, after all, an investment company; yet, we were convinced of the benefit of moving the centre to Egypt and expanding in the Egyptian market.

What are your growth expectations for 2017?

Over the past year, growth increased by 90%. Cloud services are new, so we expect high growth rates. We have already doubled the number of our sales representatives despite the economic slowdown and the US dollar shortage.