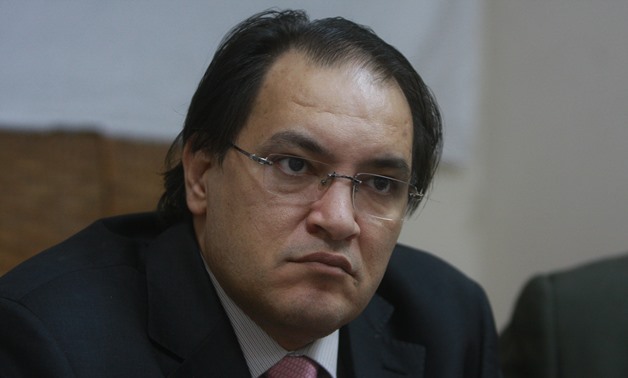 The National Council for Human Rights and many Egyptian and international human rights and youth organisations are awaiting the results of President Abdel Fattah Al-Sisi’s pledges that he made during the National Youth Conference in Sharm El-Sheikh. The pledge promised the formation of a committee to identify the cases of imprisoned youth and review the conditions for their release, and the formation of a national committee to review and amend the Protest Law in the next period.

Daily News Egypt interviewed Hafez Abu Seada, a human rights lawyer, member of the National Council for Human Rights (NCHR), and head of the Egyptian Organization for Human Rights, to learn about what is going on in the field of human rights, and to disclose his remarks on his recent visit to Scorpion Prison. He expressed his thoughts on the reality and the future of human rights in Egypt, and about the conditions that youth prisoners faced during the last period.

First of all, what did you think of the National Youth Conference that was recently held in Sharm El-Sheikh?

I believe that the conference was a good opportunity to listen to different voices and opinions, and invite people who are not considered supporters of the regime or affiliated to a particular faction, such as Ibrahim Eissa, Mohamed Abdel Aziz, and Osama Al-Ghazali Harb. It addressed some of the youth’s opinions on the country’s detention situation.

I believe one of the most important questions that was brought up was how one could celebrate the Year of Youth while there are people, in the prime of their lives, in prisons for expressing their political opinions or defending national views like in the Tiran and Sanafir islands case.

What is your expectation about the pledge of the president to form a committee to review the Protest Law and conduct a list of names of detained youth?

I hope it will be successful in its aims and bring about concrete committees for reviewing the law, and releasing the youth detained in protest cases.

Was it necessary to issue a presidential order in a public conference despite the previous demands of organisations and parties to amend it?

I think that the decision needed to happen a long time ago. The NCHR had presented 14 concerns and reservations regarding the law. These concerns were vindicated by the Constitutional Court, as they accepted only two cases.

What is the result of that delay?

The youth have paid for it. Some have been detained for up to three years, including youth who are not even 24 years old.

What are the articles that must be amended or removed in the Protest Law?

All the penalties in the Protest Law have to be removed, as this law should only stipulate the right to protest and the methods in which protests are to be organised. It should contain nothing that threatens, prohibits, or restricts that right. The classification of protest penalties is lower than misdemeanours.

Most countries that do impose fines or imprisonment for protest cases generally set detention limits of no more than 15 days; therefore, the punitive philosophy of the Protest Law must be changed.

What is the number of youth currently detained as suspects, and those who have charges against them?

We have no statistics on the number of young people held in detention as suspects, but we have recorded 600 youth with criminal charges of demonstrating and using violence. We negotiated with the public prosecution and the human rights department at the Ministry of Interior to record a list of the names of those held as suspects in cases of opinion and expression, but we have not received a response yet.

What is your take on the recent increase of enforced disappearance cases?

The phenomenon clearly exists and no one can deny it. We sent 350 requests and complaints from families of forcibly disappeared persons to the Ministry of Interior and the ministry confirmed that it has 220 persons, while the rest are being searched for; so, there is the proof.

These cases are not new. The most famous case was the disappearance of Al-Ahram newspaper journalist Reda Helal before 25 January Revolution. The provisions and principles within the Constitution on respecting the citizen must be used. Citizens must be informed of the charges against them, and their family must be informed about the place where they are detained.

Why is this not applied and ignored in Egypt?

In short, the police do not base their actions on the Constitution and the law. They kidnap the person from the street or work and take them to prison without notifying their family.

Citizens have the right when asking the prison department about a missing person to know whether they are in any of the department’s prisons without facing difficulties. Unfortunately, this does not happen.

What is the difference between arbitrary arrest and enforced disappearance?

What do you think about the Human Rights Watch report that documented cases of torture and violations in Scorpion Prison?

Of course there are serious violations in Scorpion Prison, but the inmates are not being beaten. The existing violations are considered maltreatment, which is a form of torturing. Not providing healthcare and medication to those with serious and chronic diseases, and the prevention of visits are considered violations. Additionally, families of prisoners are facing violations as they wait from 3am until visiting hours start, and then, they are not let in. This contradicts with the internal regulations of the prison about the rights of the prisoners’ families.

What are the most prominent violations that the NCHR found during its visit to the prison?

We found eight violations, and the delegation was prevented to enter the cells. We asked to meet 10 inmates, but were able to meet only one. Not disclosing information about their actions and the surrounding ambiguity are the reasons why many people believe the more extreme claims of abuse, until the public prosecution proves the opposite through investigations.

I call for making NCHR visits to any prison subject to notification, not permission, in order to be able to quickly investigate the complaints we receive.

What are your thoughts on Alaa Abed being the president of the parliament’s Human Rights Committee?

My opinion was to keep on Mohamed Anwar El-Sadat, or Akmal Kortam, but Abed is the son of the Interior Ministry, which currently faces a myriad of complaints about violations and police performance. It is not a nice situation. He is favoured by the Interior Ministry and now will receive all the complaints about its violations. He should have distanced himself from the presidency of the committee, but the NCHR does not intervene in the parliament’s work and the way the presidents of the committees are chosen and elected.

How does the parliament’s Human Rights Committee deal with the NCHR?

According to the Constitution, the parliament is obligated to send any draft laws related to human rights to the NCHR for review and recommendations.

What is your take on the Non-Governmental Organisations (NGOs) Law that the government recently presented to parliament?

We agreed with the Minister of the Social Solidarity on the draft law after holding community dialogues with more than 600 NGOs. We found that the draft law submitted to the parliament differs from the one that we discussed and agreed on. Mervat El-Talawy, the former minister of social solidarity, did this before in the late nineties.

The law submitted to the parliament limits the NGOs’ ability to operate in Egypt. The government isn’t serious about amending the law. I hope that the parliament ends up with a law that follows global standards.

What is your take on Egypt joining the United Nations human rights council, despite the council’s criticism of Egypt?

What do you think about releasing detainees in publication and expression cases as precautionary measures?

I agree with releasing them; however, the precautionary measures should be limited to those who are sentenced in criminal cases or had committed previous crimes, not detainees of opinion and expression cases.

What do you think about the president’s decision to treat the King of Bahrain as an Egyptian citizen in the development of Sinai?

Non-Egyptians can own land in Sinai as per the cabinet’s decision, so his decision is not against the law. This decision strengthens our relations with our Arab brothers. However, the decision should be reciprocated in how Egyptians are treated in the Gulf countries.

Where do you stand in the Tiran and Sanafir islands case?

The islands are definitely Egyptian, and we existed on these lands before Saudi Arabia  was officially declared a country.

Do we need to hold a comprehensive national dialogue in the current period?

Yes, we do. We need to call for a national dialogue that includes all social and political parties to sit together and discuss our collective ideas and options to traverse this difficult period. We also need to discuss Egypt’s future regardless of conflicts, and call for increasing political participation.

What do you think about reconciliation with the Muslim Brotherhood?

In the end, they are Egyptian people and a political faction. We can’t exile them—no one can exile anyone anywhere in the world—and the reconciliation should be done accurately and in agreement with all political parties.

Do we have a civil alternative that is capable of running in the upcoming presidential election?

We currently don’t have a civil alternative, but I am calling on all political parties to prepare candidates to represent them in the presidential race, so we can have many candidates. The final choice will be that of the people.

Where hope lies in Egypt