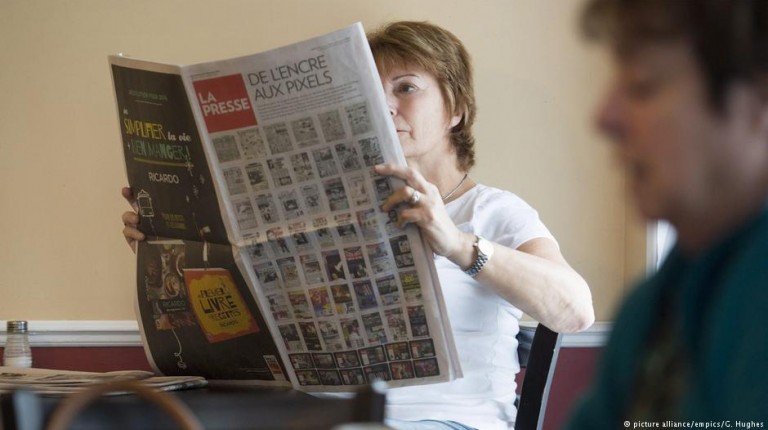 Seven investigative journalists have had their phones tapped by security services, according to media reports. One reporter accused the Montreal police of using legal surveillance as a guise to silence whistleblowers.Outrage spread across social media on Thursday following revelations that Canadian authorities spied on at least seven investigate journalists. The targets included well-known La Presse reporter Patrick Lagace, whose phone was tapped by police in Montreal.

La Presse said that a special investigations unit for the Montreal police had tracked their columnist’s phone using its GPS chip. They then scanned all the numbers for ingoing and outgoing calls.

Chief of Police Phillippe Pichet admitted they had monitored Lagace, with legal warrants, citing “exceptional circumstances.” Authorities had reason to believe the journalist was in contact with suspects they were probing, he said.

Lagace, for his part, has cast doubt on this claim, saying that the story in question was first reported by a different news outlet, and their real motive was to crack down on officers within the department who spoke secretly to the press.

The case in question relates to two anti-gang police officers who were arrested over the summer and charged with fabricating evidence.

The revelation has drawn sharp criticism in a country that prides itself on its image as a haven for progress and liberty.

Prime Minister Justin Trudeau responded to the controversy on Wednesday by saying that his government “defends the freedom of the press” but that he had to wait for talks between the Montreal municipal government and police were concluded on the matter before giving an official statement.

The Quebec provincial government has condemned even court-ordered surveillance of journalists, and announced on Tuesday that it would be probing security services for misconduct.