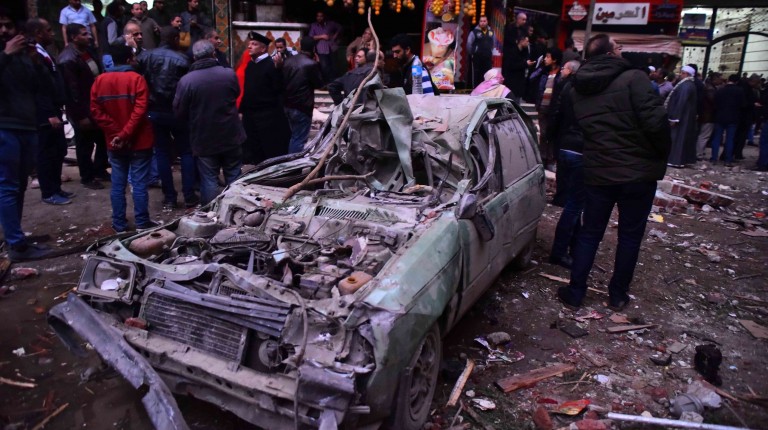 A car bomb exploded Friday in Cairo in the district of Nasr City, leaving behind no injuries, according to the Ministry of Interior.

The ministry told Daily News Egypt that the bomb was planted inside the car, and a primary inspection of the scene shows that it was detonated remotely.

A statement by the ministry said that the bomb exploded while the car belonging to a judge named Ahmed Abu Al-Foutoh was passing, adding that the judge previously looked into cases related to terrorism and the former Islamist president Mohamed Morsi.

It added that explosive experts and security personnel arrived at the scene in order to collect evidence and search for secondary bombs.

The ministry asserted that the investigations are ongoing to find the motive behind the bombing.

Lately, several attempts have been made to assassinate judges or high ranking officers. The attacks are usually followed by claims from minor militant groups.

In Video : Footage from the Nasr City car bombing