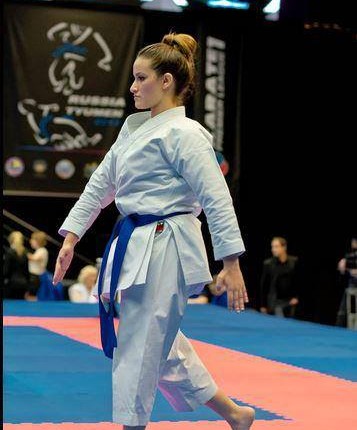 It was the first time for an Egyptian athlete to receive a silver medal at the Women’s Karate Kata Championship, thanks to the champion Sarah Assem who is sponsored by Future Energy Corporation (FEC).

Among 130 nationalities that were competing, Assem snatched the silver medal at the prestigious championship which has been running for 23 years.

Assem was not only the first Egyptian to achieve such a prestigious title, but was also the first champion from Africa and the Middle East. This victory opened the door for the champion to appear on popular talk shows and programmes such as Hona Al-Asema, presented by Lamis El-Hadedy, and Al-Ashera Masaan, presented by Wael El-Ebrashy.

During her appearance with El-Ebrashy, Assem mentioned the importance of the media covering a variety of sporting events on national television so as to inspire the public and other aspiring athletes who look to achieve similar victories.

Many athletes in Egypt complain about the fact that the financial support is always allocated to football. Lately, some sponsors have started to pay attention to other sports, as was the case for Assem and the FEC.

Assem commented: “Having a supportive and generous sponsor like Future Energy was a key factor that allowed me to rank second in the world and score the silver medal. The company has continuously ensured that I receive the best training abroad and physiotherapy for my injuries and has been my only sponsor since 2014.”

Her most remarkable victory was winning the Paris Karate Premier League Open in 2013. This win lifted her up to be ranked the first internationally at the time.