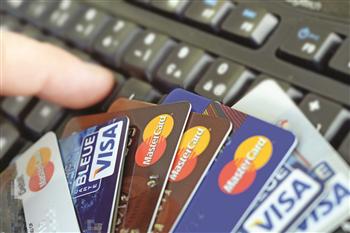 Banque Misr and the Commercial International Bank (CIB) decided to amend the spending limits imposed on their cards for usage abroad. Other banks are still considering whether to follow suit.

Commissions for using the cards abroad have also been cut down.

The CIB has allowed the use of its White card abroad once again, after having been suspended earlier, leaving the limit set at EGP 750 for cash withdrawal and EGP 8,000 for purchasing.

The bank also decided to increase the monthly withdrawal limit for its Classic Standard EgyptAir card to EGP 1,750, from EGP 1,000. The purchases allowance was also lifted to EGP 24,000 from EGP 3,000.

Moreover, the monthly cash withdrawal limit on Gold credit cards was increased to EGP 1,750 and purchases to EGP 24,000 from EGP 1,000 for cash and EGP 6,000 for purchases before.

Debit cards linked to accounts in Egyptian pounds have not been activated to work abroad for cash withdrawal, as the CIB allows purchases of EGP 800 using the Classic card, EGP 2,400 for the Titanium, and EGP 4,800 for the Platinum.

Other banks have told Daily News Egypt that they are considering following suit in the next few hours, including Banque du Caire, the Housing and Development Bank, and Emirates NBD.

Egyptian bankcards used to complete $2.5bn worth of transactions abroad in FY 2015/2016