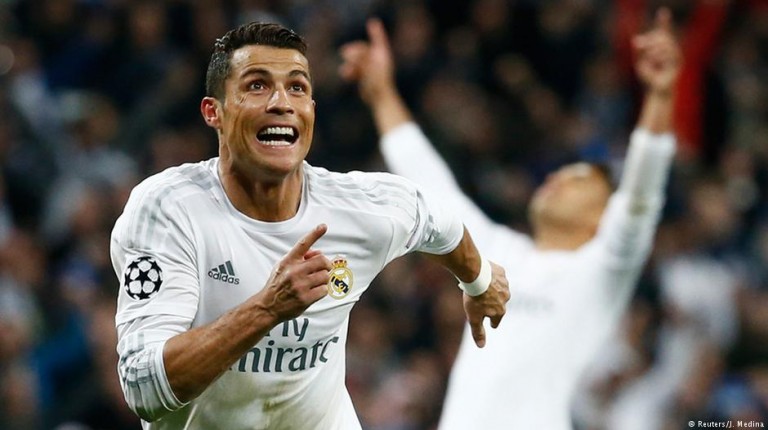 Cristiano Ronaldo has become the latest Real Madrid star to sign a contract extension. This comes just a week after fellow attacker Gareth Bale extended his time at the Spanish giants.Real Madrid have secured the services of Cristiano Ronaldo for another five years, extending the Portuguese star's deal until 2021. Ronaldo said renewing his contract at the club was never in doubt and he wanted to continue to make history with "the biggest club in the world."

"I have said it many times, this club has always been in my heart. I hope this isn't my last contract renewal," said Ronaldo at a press conference to present his contract renewal on Monday.

"I've got a lot of years left in football, another 10 years," said Ronaldo who said he was keen to play until 40 regardless of where. "I can't confirm that I'll be at Real Madrid when I'm 40 – I can't play here forever, whether they want me or not."

Real Madrid Chairman Florentino Perez described Cristiano Ronaldo as "'the successor to Alfredo Di Stefano" and that Ronaldo was "a symbol of the best club in history."

In 360 games for Real Madrid, Ronaldo has scored an incredible 371 goals – the club record. He has won La Liga just once, but the Champions League twice with Real Madrid.

By his own special standards, the three-time Ballon d'Or winner hasn't enjoyed a great start to the new season, though. Ronaldo has failed to score at the Bernabeu since Matchday 3 and despite scoring seven and assisting five in 12 appearances in all competitons, the 31-year-old has looked short of his best.

"I'm not anxious about scoring. When you've scored so many you get used to it, but it's not a big deal," Ronaldo said on Monday.

Gareth Bale's form has outshone Ronaldo's in recent weeks, as he scored two goals in Madrid's recent 3-0 win against Leganes. The Welshman also recently secured a new deal, reportedly guaranteeing him 168 million euros ($186 million) over the next six years. Bale is reportedly earning 392,000 euros a week with his new deal and has a buyout clause of one billion euros. There was no word on what Ronaldo will be paid under the contract extension.

Both Bale and Ronaldo have been nominated along with three other Real Madrid players for the 2016 Ballon d'Or. Along with Luka Modric and Toni Kroos, they are just the latest of Madrid's star ensemble to have signed contract extensions in recent weeks.

"After winning the Champions League with Real Madrid and the Euros, it is a dream year. But the vote does not depend on me," Ronaldo said on his chances of winning.

Ronaldo's dip in form won't matter though. He has become the face of the club and whatever the future holds on the pitch, Ronaldo will always be a huge part of Real Madrid history.