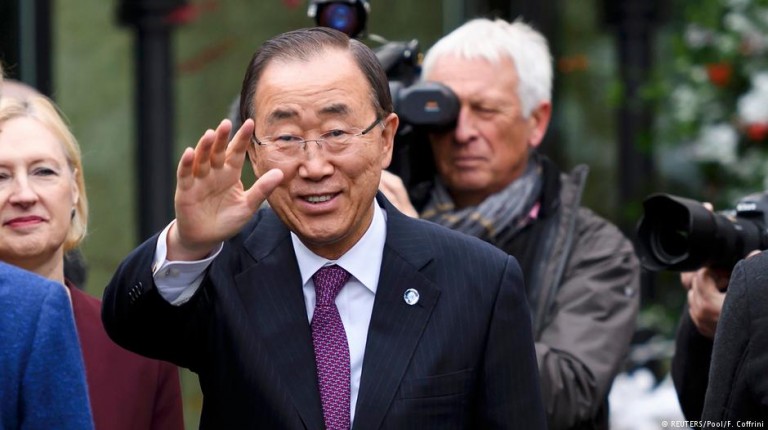 Rival leaders from divided Cyprus are meeting for UN-backed peace talks in Switzerland. Even though serious divisions still remain, the talks are billed as the best chance to end the long-running political crisis.Division along a United Nations-monitored ceasefire line has prevailed since a Turkish invasion in 1974 triggered by a coup supported by the military junta ruling Greece, and is a source of friction between NATO allies Greece and Turkey.

But on Monday five days of negotiations open at a luxury resort outside Lausanne are expected to zero in on territorial disputes which have fuelled more than four decades of discord between the island's Greek and Turkish communities.

"The prospect of a solution in Cyprus is within their reach," UN Secretary General Ban Ki-moon told reporters as the negotiations got underway in Mont Pelerin, Switzerland.

The talks began 17 months ago between Greek Cypriot leader Nicos Anastasiades and his Turkish Cypriot counterpart, Mustafa Akinci. UN chief Ban Ki-moon has made clear he wants to see a final, enduring deal reached before his term expires at the end of the year. "Disagreements remain on issues which have been discussed," Anastasiades told reporters. "Important … security and territorial issues – which are decisive – have not yet been the object of any substantive dialogue."

The last peace efforts collapsed in 2004 when a proposal worked out by then-UN chief Kofi Annan was accepted by most Turkish Cypriots, but resoundingly rejected by Greek Cypriots in twin referendums.

The Turkish Republic of Northern Cyprus – which is only recognized by Turkey – says talks cannot go on indefinitely. "This is not something that we can keep discussing after 50 years for another 50 years. Everyone, including the UN, is aware of this," Akinci said in a speech last week.

The two sides are trying to solve an internal boundary between two future constituent states, allowing for the return of some areas in Turkish-held northern Cyprus to Greek Cypriots. Diplomats say they are cautiously optimistic that a solution could be in before the end of this year. A United Nations envoy this week said negotiations represented the best chance for a deal in decades. In addition to territorial swaps, Greek Cypriots who represent Cyprus in the European Union are adamant that a deal see the withdrawal of the Turkish military from the island.

Cyprus to extradite EgyptAir flight hijacker to Cairo in March