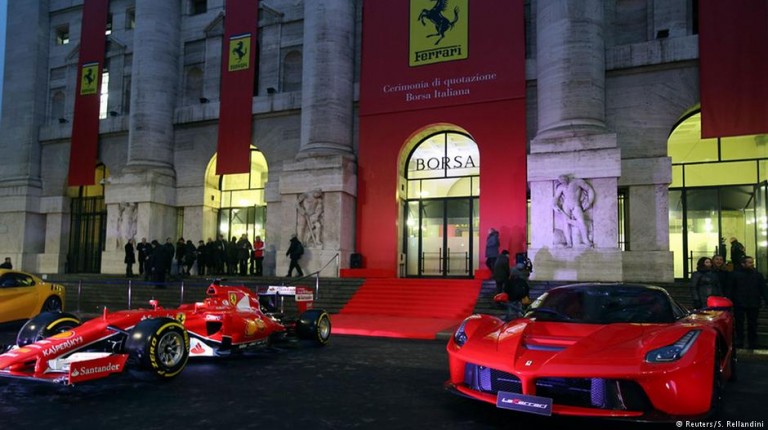 The Maranello, Italy-based automaker said revenue in the quarter was up 8 percent to 783 million euros. It noted the success was attributable to its sales of 12-cylinder models, notably the F12df, the four-seat GTC4Lusso and the newly launched LaFerrari Aperta.

The Italian carmaker reported shipments of 1,978 vehicles for the July-to-September period, emphasizing that its sales to China had increased by 15 percent.

Also picking up were sales to Europe and the Americas, while Asia outside of greater China proved a difficult market with shipments there decreasing due to logistical delays caused by a shipment carrier.

Ferrari confirmed its forecast of shipments for the whole year at around 8,000 units, with revenues to pick up by 3 percent.

The group revised its earnings guidance upward on the strong third-quarter results, saying that pre-tax profit would come in at above 850 million euros for 2016.

In the past quarter, Ferrari also booked higher engine revenues on Maserati sales and rentals to other Formula 1 teams as well an increase in sponsorship and brand earnings.