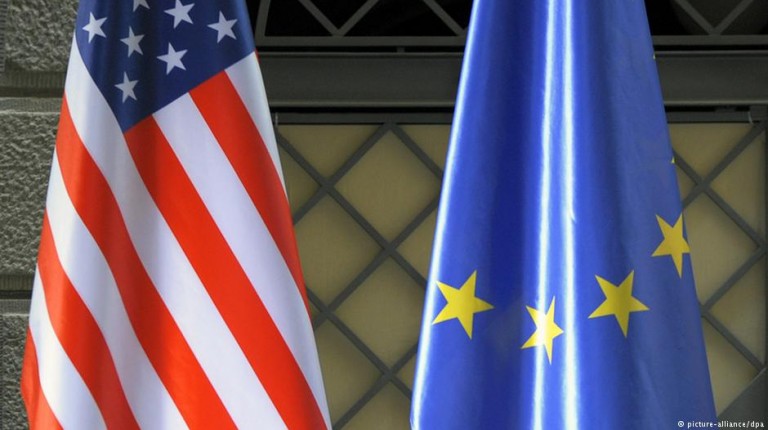 From the Syrian carnage to North Korea aggressively upping its nuclear arms program, a slew of global challenges await Barack Obama’s successor. Despite all of it, the next president’s priority should be Europe.If one had to name one geostrategic move to characterize President Barack Obama's eight years in office it would probably be his so-called pivot to Asia. While the jury is still out about how successful the administration's effort of rebalancing towards Asia and the Pacific has been as some key initiatives like the Trans Pacific Partnership trade deal still hang in the balance, one thing is clear already. It is high time for a re-pivot towards Europe.

"Europe should actually be the number one priority of the new president, because it is the most important and most vital strategic alliance that the United States has," said Erica Chenoweth, an international security scholar at the University of Denver. "The next president has to commit to Europe the way we haven't seen since the 1990s."

James Jay Carafano, a national security expert at the conservative Heritage Foundation, agrees that securing peace and stability in Europe should be a key interest for the next occupant to the White House.

"The number one issue in terms of US concerns for peace and security will be Russian foreign policy toward the region whether it is energy, propaganda or different kinds of disinformation or whether it is Ukraine or other military activities or threats that they might conduct," he said.

That is not to say that rebooting ties to Europe is the only crucial issue for the US – the experts also named the Syrian crisis and the fight against terrorism, the fate of the Iranian nuclear deal, managing the relationship with China, combating climate change and halting the rise of nationalism as key priorities.

But while Carafano and Chenoweth are not on the same page on all of these issues, they both share the view that bolstering the transatlantic relationship needs to be a cornerstone for the new president, not just for the sake of Europe, but also in order to jointly tackle many other international problems.

A key tool to reboot the transatlantic relationship, especially its security component, is a strengthened NATO that harkens back to its past, argue the experts.

Back to the roots for NATO

"What the United States really has to focus on is a united NATO that is really focused on the core mission which is the defense of the transatlantic community," said Carafano.

"I think that the missions that NATO has used in Libya and elsewhere have been misguided and that NATO ought to return to its original roots as basically a collective security agreement in the continent for the continent's security," noted Chenoweth.

The alliance's repeated out-of-area deployments were counterproductive in two ways contended Chenoweth. They made Moscow nervous and helped it to reconsider its own military posture while at the same time distracting from its primary purpose, namely to act as a check against Russia.

Neither expert was eager to weigh in as to which of the two major presidential candidates, Hillary Clinton: the complicated, rational, political nerd or Donald Trump: the maverick, narcissistic salesman, they thought would be more likely to orchestrate the needed re-pivot towards Europe.

Chenoweth finally offered this: "I think Clinton is better positioned to reset or reboot with Europe in part because of her experience as secretary of state. But I would also say that I would like to see it at a much greater priority in her foreign policy platform than it is today."