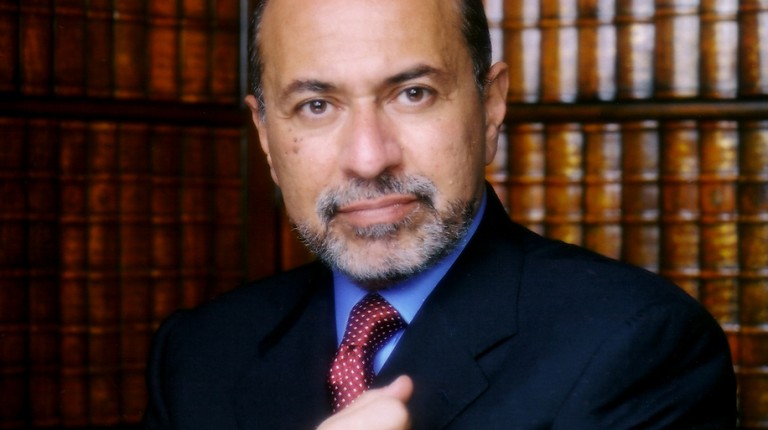 Businessman Shafik Gabr, the owner of Škoda’s agent in Egypt, was named the star of the Czech embassy national day party last week, without competition.

First, I was surprised that the annual party invitation was sent by the businessman’s office, especially given that Artoc, owned by Gabr, used to be the official sponsor of that event. It was the most visible and radiant one in the party; it presented to the attendees its Škoda’s Octavia A7 and YETI Safari.

The party began with a speech by the Czech ambassador in Cairo who welcomed the guests and said that a number of businessmen, with Gabr and El-Sewedy at the forefront, contributed to strengthening the trade cooperation and exchange between the two countries.

It is well known that Gabr has a good relationship with Czech senior leaders and with the country’s president.

At the same time, the party was the first appearance of the businessman, who had not been seen in public for some time following disagreements between his company and the Czech Škoda group over its agency in Egypt, which was previously highlighted by Daily News Egypt. These disagreements may lead to a withdrawal of Artoc Auto from the industry in the coming period.

Gabr was keen to confirm the validity of what Daily News Egypt revealed about the nature of his trade disagreements with the Czech group and about a number of Egyptian businessmen seeking to make use of those disagreements and proposing themselves to the parent company to replace Artoc Auto as the agent of the famous Czech brand.

He said that this disagreement can be rectified, because it is about the nature of the work with the company, stating to Daily News Egypt that Artoc Auto group is still the exclusive agent of Škoda in Egypt since the 1980s. Thus, it is rational that the Czech company modify the contract’s text from one side and turn it into importer, with no clear guarantee of Artoc Auto’s rights after it has spent the past years building Škoda’s name in the Egyptian market and injected millions of Egyptian pounds. The auto company has worked to maintain the brand’s name and establish service centres at the highest level and showrooms serving the agency, which has helped the brand grow. Škoda has become an easy dream that is realisable to the Egyptian consumer.

Gabr added that these disagreements are being discussed now with the parent company, saying that they are trying to maintain the successes the group achieved in the Egyptian market, and in case these negotiations fail, the company will resort to the Egyptian judiciary to obtain its rights.

That case is very similar to the case of South Korea’s Kia with its former agent, which managed through the judiciary to prevent Kia cars from entering Egypt unless it was working through the agent. This took place after the Korean parent company eliminated the agency from one side of the contract. That is the most probable scenario in case an agreement is not reached with the Czech company, according to Gabr.

In the same context, Gabr blamed the Egyptian businessmen who asked the parent company to obtain the agency without discussing it with him, as the company’s agent in Egypt, saying that this move shows the lack of transparency and credibility between Egyptian businessmen. He believes that they had first to discuss the issue with the one who has the right and not following the Czech company.

Gabr stressed that he will defend all of his rights and Škoda’s agency in Egypt.

Mohamed Aboul Fotouh is head of the automotive section at Daily News Egypt.