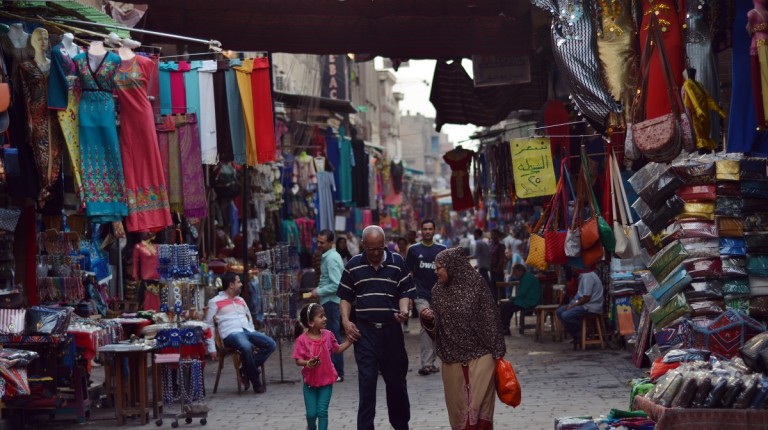 A number of political and economic decisions have recently taken Egypt by storm, affecting the already troublesome state of education and living standards. As current statistics and data prophesy harsher living conditions and a fair share of confusion, Egyptians are forced to cope with the tough times ahead. But the question is: how will they cope?

The Egyptian pound is sliding against the US dollar, which led to the Central Bank of Egypt’s (CBE) decision to float the local currency. The pound was thus devalued by 48% on 3 November.

The country’s trade deficit registers 7% of the gross domestic product (GDP), as the budget deficit recorded 12% of the GDP.

The education system is also worrisome. President Abdel Fattah Al-Sisi admitted in 2014 that the nation needed 30,000 new teachers, but didn’t allocate the money to actually recruit them.

The number of political prisoners has been estimated at tens of thousands, with Egypt becoming one of the world’s worst nations for journalists.

So how do Egyptians cope with these conditions and what the future holds for them?

Ammar Ali Hassan, a political anthropologist, states that while the current political situation is bleak, Egyptians have changed. They will be able bear the situation for a while, but stick to their recent memory that they could turn the scene upside down.

He pointed out that liberal forces are besieged by everyone, as they have strong stances on the issues of freedom and pluralism, and most importantly the devolution of power, which has been completely rejected by every Egyptian ruler.

The defence of freedom of thought and expression makes them an easy target for Islamists and their supporters, and—paradoxically—the Egyptian left. The most important veteran warrior in this fight is the media of the security apparatus that succeeded in stigmatising liberals as agents and spies of the evil west.

Hassan stated that “Egyptians in general, on the other hand, no longer believe or trust the Islamists,” after they noticed the group’s condition of schizophrenia, marking a discrepancy between what they say and how they act. Egyptians found that the Islamists never believed in democracy, but rather saw the system as a voting box they are obliged to secure in order to gain authority. After taking over the ballot box, their true colours emerged, reflecting arrogance, hate of other political competitors or thoughts, and the will of alliance with deep security state actors to get rid of any power that could pose a threat to their power, according to Hassan.

“The Islamist project has never proved itself as an alternative to the failure of liberal leftist and nationalist projects during the post-independence era of the Arab states,” Hassan emphasised.

Hassan believes that authoritarian regimes have always been keen on stigmatising any elite that could help people gain more knowledge about their rights. They always—successfully—do that with the help of their media arms, in order to alienate people from the potential emergence of public figures that could defend their rights and raise their demands.

Although the current regime has been keen on recreating the death of politics, Hassan said, this goal seems impossible to achieve. Egyptians will always remember that they had the power to overthrow two presidents in three years, he concluded.

Said Sadek, a political anthropology professor at the American University in Cairo, believes that the potential for another revolution in Egypt is almost impossible. Since the 2011 and 2013 uprisings, Egyptians have become concerned about their future as they saw the collapse of many neighbouring countries, he explained.

The revolutions have caused tension among Egyptians for a while and they are gradually cooling off. That’s why a third revolution or a new revolutionary wave is highly unlikely, in Sadek’s point of view. Egyptians now see a revolution as an unsuitable mean for real change, he added.

The two uprisings made Egyptians feel that revolution is not the solution, he stated. Gradually, they began to accept authority as a better option than chaos. That’s why a third revolution is not feasible for the time being. But changes in the political culture occurred—rulers are no longer sacred and cannot stay in power forever, Sadek explained.

He believes that Egyptians mainly feel helpless and that economic deterioration is their main concern.

Sadek added that although Egyptians see that the economy is in a very bad state, they still fear that things will go further out of control. They are afraid of more poverty, instability, lack of security, and the unknown future.

In the last few months, the media has been preparing the public for an inevitable increase in prices, subsidy cuts, and currency devaluation. There is public resentment and helplessness towards the situation.

Sadek says that the faltering economy is severely hitting the middle class, a class that seeks economic security above of ascendance to a higher social class.

The inflation rate has hit its highest level in years, with core inflation reaching 13.94% in September. Egypt’s middle class seems to shrink in an unprecedented manner.

In 2015, the Global Wealth Report of Credit Suisse Research Institute estimated the size of the Egyptian middle class at 5%, indicating that it had dropped by 48.2% between 2000 and 2015.

The social fabric has never been worse, Sadek explained, since after two uprisings, the middle class is losing its ambition and people of lower income are still seeking basic necessities, like food, medicine, housing, and security. Meanwhile, the upper class thirsts for more political influence, security, and business opportunities through exploiting government resources.