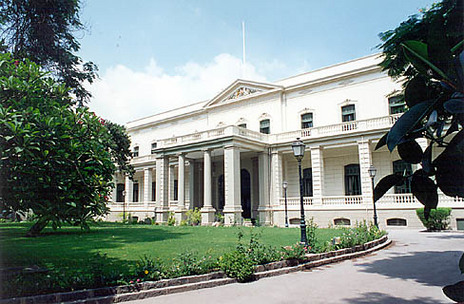 The British Embassy in Cairo released on Monday parts of the UK statement during the International Monetary Fund (IMF) board discussions on 11 November. The statement noted that the UK played a vital role in the IMF’s decision, as a founder and important contributor to the fund.

The statement noted that the UK congratulates the government on setting out such a clear vision for economic reform, and taking the first steps on this difficult, but necessary road. “The UK experience is that, while challenging for citizens, seeing these reforms through to completion will lead to a more solid economy in the future.”

The UK particularly welcomes the clauses in the IMF loan agreement the government of Egypt promised to implement, such as the commitment of an additional 1% of GDP towards protecting the poorest citizens from rising inflation, increased female labour force participation, and the plan to clear outstanding arrears to international oil companies.

The intervention by the embassy’s executive director led a particular focus on ensuring social protection, inclusion, and creating a positive climate for investment as the key fuel for Egypt’s economy long-term.

The statement read: “As Egypt’s largest investor, we welcome the plan to clear outstanding dues to international oil companies. Investors globally have noticed and will be reassured to know that the Egyptian government honours its commitments”.

The IMF executive board approved a three-year, $12bn loan to help Egypt’s economy realise its immense potential. The home-grown programme will revive Egypt’s growth prospects by restoring stability and confidence in the economy, attracting investment and creating jobs, according to the statement.

The UK remains one of the largest shareholders in the IMF and has been strongly supportive of this programme.

The UK is planning to double the level of technical assistance offered to support Egyptian economic policymakers.

The statement read: “We congratulate the authorities on what they have achieved to date, support their reform efforts, and urge them to make the most of this opportunity to reform.”

Furthermore, UK investment dwarfs IMF support with $30.5bn in investment flows to Egypt since 2011. The past month, has seen three major British companies—Vodafone, Unilever, and GlaxoSmithKline—invest a total of EGP 3.785bn in Egypt, while BP has invested approximately $30bn in Egypt to date, with plans for a further $13bn before 2020.