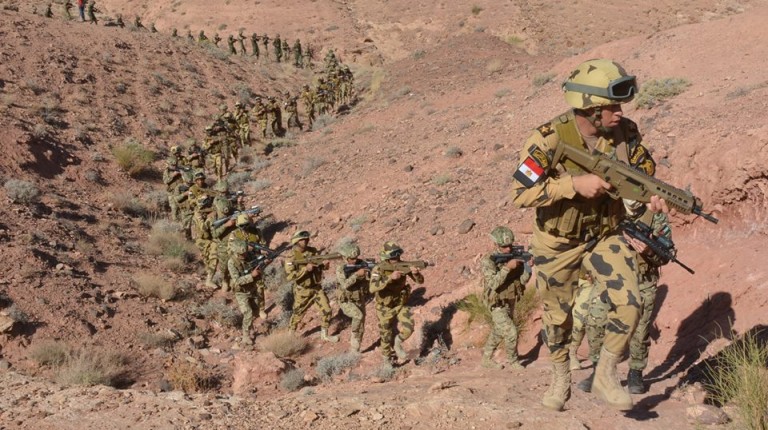 The Egyptian Armed Forces on Monday participated in a joint military exercise with its Jordanian counterpart entitled “Aqaba 2016”. The exercise is taking place in southern Jordan and is considered part of Egypt’s commitment to annually train with its allies, the army spokesperson said in an official statement.

The Egyptian Armed Forces participated with a number of its infantry, naval, and air forces. The exercise began with lectures given by military experts from both countries on how the training exercises will be executed, according to the statement.

“All forces participating in the training properly executed several tasks related to combat according to a previously prepared plan. The training areas witnessed the execution of tasks by Rapid Intervention Forces and other infantry,” the statement read.

Armored personnel vehicles and quad bikes were among the equipment provided by Russia for the training.

“Russian airborne servicemen performed a large-scale insertion operation [being ‘dropped’ into battle] using D-10 parachute systems and military servicemen from Egypt used T-10V parachutes in the course of the landing operation,” the Russian defence ministry said in a statement then.

Up to 300 servicemen participated in this parachute operation held during the course of the joint exercise, according to the Russian ministry statement.

The joint military exercises are based on earlier agreements between Moscow and Cairo. In June, Russian and Egyptian navy forces conducted their first ever joint naval drills in the Mediterranean Sea near Alexandria.