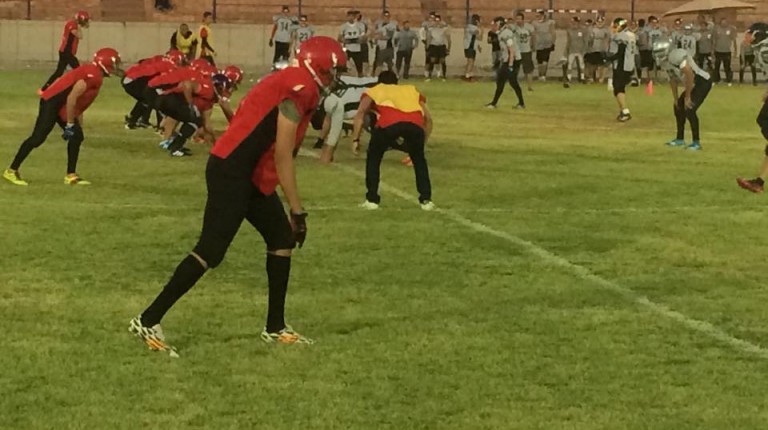 Mohamed Abdel Aal, a member of the Suez Canal Bank and Arab Sudanese Bank, said that he expects the foreign exchange market to stabilise and the fluctuations of the US dollar to end by early 2017. The dollar price has been witnessing fluctuations since the Egyptian pound flotation decision on Thursday.

Abdel Aal, who has worked in the local and foreign exchange market for over 30 years, said that no state in the world has entirely floated its currency without facing leaps and fluctuations of its currency followed by a state of stability after three to 12 months.

“We are in a country that is experiencing a great shortage of foreign exchange. The fixed exchange rate system that Egypt followed over the past decades has caused the Egyptian banking system to lose control over foreign exchange flow which was controlled by the unofficial market,” Abdel Aal said.

He added that the step taken by the Central Bank of Egypt (CBE) on 3 November to liberalise the pound was bold but risky; it has its threats as well as earnings.

The main threats include the fear of the upwards trend of the US dollar, whether due to the bank’s competition to attract the dollar so as to cover their needs or meet the needs of their new clients, or even to continue importing at the previous pace despite the Federation of Egyptian Chambers of Commerce’s recent decision to halts imports.

Abdel Aal added that this fear, however, is not reasonable as the CBE has put in place controls that prevent banks from retaining more than 10% of their capital in any currency, and 20% of all currencies. If any bank centres exceed the stipulated number, they must resell them to other banks within the inter bank mechanism; hence, banks will not continue to compete on dollar attraction without a real need for that.

Regarding the increase of import volume, Abdel Aal said that it will end gradually with the increase of domestic production or direct controls implemented by the government, through imposing customs or taxes to prevent imports of non-strategic goods.

The second risk of the flotation decision is that if the dollar rate continues to appreciate, it may result in shock among investors, customers, and citizens, which would lead to unjustified price increases. To counter this argument: no country in the world that chose to switch to the complete flotation system did not experience jumps and high levels of fluctuation in its currency, which then stabilised after a period of three months to a year, according to Abdel Aal.

The Egyptian media, in all its forms, must focus in the next period on alleviating these fears, he said. Egyptian banks can adopt a national media campaign to explain what is happening in a simple way.

Another flotation risk, also in its first stages, is that the CBE has been pushed to follow a monetary austerity policy through raising the interest rate on the pound with the aim of attracting pound liquidity to banks to face the excessive buying of dollars, limit flotation, and compensate depositors for the increase in the inflation rates, said Abdel Aal.

He mentioned that raising the interest rate is a double-edged sword and has painful drawbacks; one of the most important of which is the decline in direct investment by citizens and a lower tendency to save in banks. Moreover, it increases the cost of financing projects and of lending, which consequently leads to a decline in economic growth rates, rising unemployment rates, increased costs for the end user, higher government local debt, and an increase in the state’s general budget deficit.

As for the advantages of the pound’s flotation, Abdel Aal sees that this step, having left it to the mechanisms of supply and demand, usually leads to stability in the exchange rates and a unified currency price. That situation increases the trust of international financial institutions in the state’s economic and political future, which is important for increasing Egypt’s attractiveness in the eyes of the world.

The pound’s flotation eliminates the unofficial market, as well as speculation on the price of the dollar, and the phenomenon of several exchange rates. In addition, it increases direct foreign investment, restores the money transfers of Egyptians abroad, and revitalises the Egyptian Exchange, according to Abdel Aal.

He added that this decision will also lead to higher export rates as the competitiveness of the prices of Egyptian goods is improved. It will also boost the competitiveness of Egyptian tourism owing to it becoming a low-cost holiday destination, stability in the state’s monetary policy, and the increase in the state’s taxes and customs revenues as a result of the improvement in the exchange rate.

According to Abdel Aal, the pound’s flotation will lead to an improvement in Egypt’ solvency and credit rating, as well as increasing the trust of international financial institutions in Egypt, which will enable it to borrow money or issue international bonds in the international market at prices much lower than before the decision.

Remittances from Egyptians abroad increase by 33.2% in 1 month, amount to $1.7bn in November: CBE

68.4% decline in tourism revenues in Egypt during first 9 months of 2016: UNWTO report