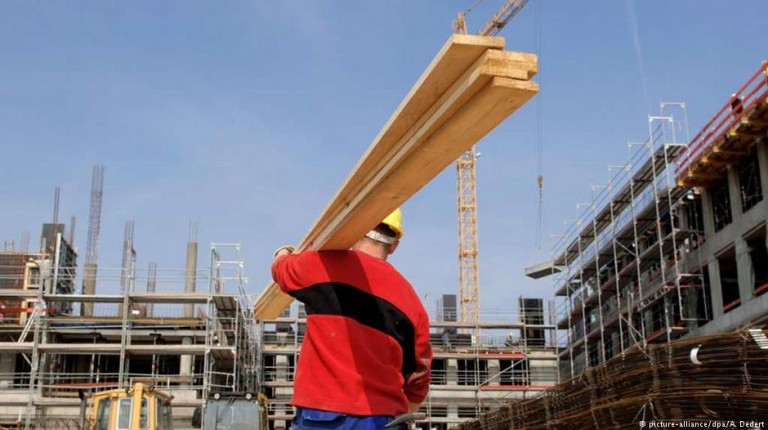 A partial economic recovery in European Union member countries has not translated into fewer people living in poverty despite them having full-time jobs, a new study has shown. Germany is no exception.A study by Germany's Bertelsmann Foundation Monday showed that the economic recovery in most countries of the 28-member European Union has been gaining traction in recent years, leading to more robust labor markets.

It said that a total of 215.7 million people in the bloc had a job in 2015, representing about two-thirds of working-age people and a 0.8-percent increase form the previous year.

The unemployment rate across the EU dipped to 10.4 percent, down from 9.6 percent a year earlier.

But Bertelsmann's survey, called "Social Injustice Index 2016," said that the economic recovery had in no way contributed to easing poverty among workers in the EU.

On the contrary, more people had faced poverty in recent years despite having full-time jobs, the study found. It said 7.2 percent of fully-employed people in the bloc were considered poor in 2013 – in 2015 the figure rose to 7.8 percent.

Despite its strong labor market, Europe's powerhouse presented a similar picture. In 2009, 5.1 percent of people with full-time jobs in Germany belonged to the working poor, and 7.1 percent of them last year.

However, this marked a slight decrease from the 7.5 percent logged in 2014, with labor experts attributing the dip to the introduction of a minimum wage across all industries in the country.

The Bertelsmann Foundation also pointed to a growing army of disillusioned youths, particularly in Greece, Italy, Spain and Portugal where every third young person was confronted with poverty.

"The lack of prospects for so many young people is playing into the hands of right-wing populists across Europe," the chairman of the foundation, Aart De Geus, said in a statement.