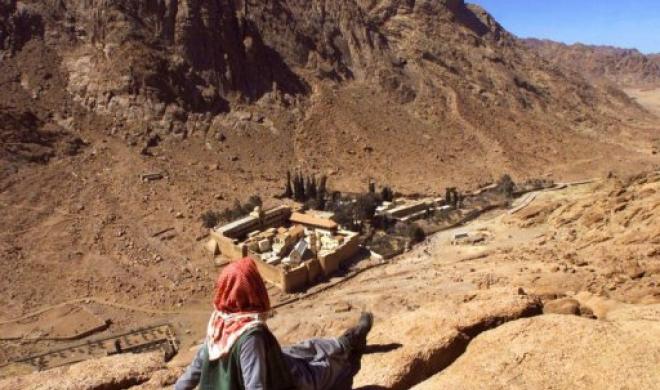 A Palestinian national was kidnapped on Sunday evening by anonymous militants in the North Sinai city of Al-Arish, a North Sinai based journalist told Daily News Egypt on condition of anonymity Monday.

It is believed that militants from the Islamic State (IS)-affiliated group “Sinai Province” used a private vehicle to kidnap the Palestinian national, Raed Saied, from an the old bus stop in the city, according to residents from the city who asked to remain anonymous.

This kidnapping appears to be related to a series of kidnappings that have been recently carried out by “Sinai Province”.

“The kidnapped Palestinian national is believed to be from the expats who arrived to Al-Arish after passing through the Rafah border crossing, which is currently subjected to strict control by the Egyptian security apparatuses,” one of the residents noted.

The Rafah border crossing will be open for two days, 17 and 18 November, to allow for the passage of Palestinian students and patients following orders issued by President Abdel Fattah Al-Sisi, state-run Akhbar Al-Youm reported.

“The sounds of explosions that disturbed the residents of Al-Arish and the surrounding villages came from mortars that are being fired from army checkpoints on a regular basis as a warning message to residents, telling them that a checkpoint is located in that area,” said the North Sinai based journalist.

Also not far away from the tumultuous issue of Sinai, member of parliament Gazi Saad was reportedly subjected to assault by a police officer while passing through a security checkpoint in Ismailia.

According to multiple local media reports, Saad was driving his private vehicle through Ismailia governorate to reach central Sinai when he was stopped by a police officer at a security checkpoint, where he assaulted him without any clear reason.

Daily News Egypt attempted to contact Saad, but did not receive an answer by the time of print. The Interior Ministry’s media office was also contacted, but no answer was received.

Over the course of the last two years, the Egyptian Armed Forces launched counterattacks against militant stationing points across the Sinai Peninsula where the group is based, particularly in the cities of Sheikh Zuweid, Rafah, and Al-Arish in North Sinai.