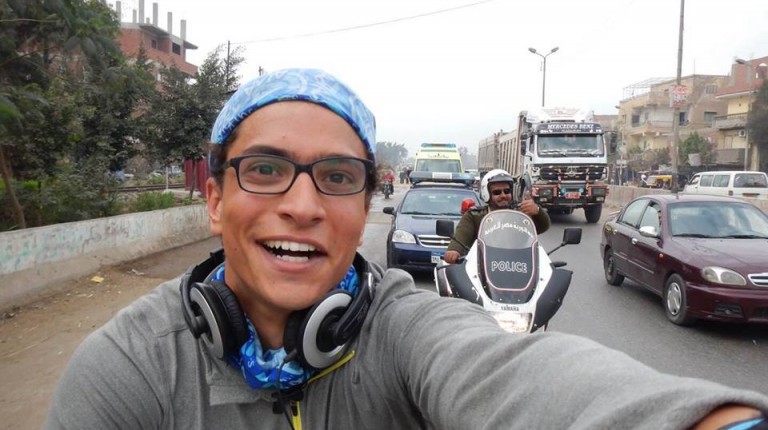 Aiming to highlight the importance of the role media plays in raising awareness about environmental challenges around the globe, Greenaccord held its 13th International Forum on the Protection of Nature in Frosinone. This move shows that they were able to overcome the impact of the destructive earthquakes that rocked central Italy over the past weeks. The three-day forum managed to shed light on the current environmental problems that face different regions, including Arab and Middle Eastern countries.

The forum invited dozens of media practitioners, environmental experts, politicians, academics, and civil society activists to open a discussion about the role of effective media discourse and civil society initiatives to guarantee a more sustainable future for the world.

The first day of the forum hosted a number of sessions discussing important topics, such as the Italian contribution to the Paris agreement, the agricultural and climate change, as well as the atmospheric trust litigation. In a session that highlighted the role of religion and non-governmental organisations (NGOs) in the climate change fight, Egyptian journalist Dalia Abdel Salam, the deputy managing director, environment, and water editor at Al-Ahram Hebdo newspaper, highlighted how Islam urged people to save water and care for the environment.

“Prophet Muhammad once said don’t waste water even if you are at a running stream and he also said that a Muslim who plants a tree or sows a field from which man, birds, and animals can eat is committing an act of charity,” she said. “Such quotes emphasise the great role religion can play in raising people’s awareness about the right environmental protection procedures, especially decreasing the consumption of water and electricity.”

Among the second day’s sessions, Wahleah Johns, a solar project coordinator in Black Mesa Water Coalition, gave a presentation about a project called Native Renewables which aims to promote low-cost, clean energy solutions for Native American families and communities throughout the United States. She explained the struggles they have with the American government and how they need the help and support of developers, federal agencies, tribal governments, utilities, foundations, and investors to achieve their goals and win their battles.

Another session was hosted by Mrinal Tripura, the director of Maleya Foundation in Bangladesh, in which he explained how Bangladesh is one of the most vulnerable countries to the adverse impacts of climate change.

“Unfortunately, most NGOs lack awareness of the status of indigenous communities in relation to climate change. No media coverage on climate change and indigenous people’s situation is found,” he asserted.

Although the issue may seem to be simple, it has a number of critical consequences.     “Indigenous women are the most affected among the indigenous population, having to travel further to collect drinking water (1.5-4 hours) and this leads to an increase in the burden of household chores, lack of rest, and other health concerns due to overstress and possible physical violence,” he explained.

However, Maleya Foundation and other climate change initiatives managed to give an effective example of lobbying and advocacy with the government on the ground and providing training, workshops, and awareness campaigns that were deemed successful.

During the third day of the forum, greater attention was paid to the cities that are on their way towards a sustainable future and the role of media in supporting environmental initiatives. Natasha Dokovska, a journalist from Macedonia, discussed the main barriers that environmental journalists face nowadays.

“Environmental journalists usually face a lot of difficulties in getting access to information. They are not paid equally to journalists covering other sectors. They are facing a higher risk of being sued and they have no chance to network and exchange ideas and knowledge with colleagues from the region,” she argued.

The closing session of the forum included a brief word by Alfonso Cauteruccio, Greenaccord’s president, who stressed the importance of engaging young journalists and environmental activists from around the globe in such international conferences and giving them a chance to propose their ideas about saving our planet. He also highlighted the significance of holding the forum on-time in spite of all the destructive earthquakes that hit Italian provinces over the past weeks.