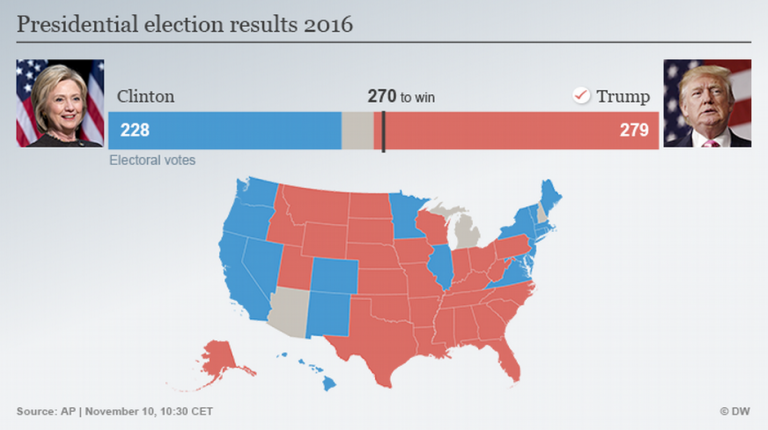 Many Americans, Clinton said, were asking whether Republican Donald Trump’s victory meant the US was still the country they thought it was.

“The divisions laid bare by this election run deep, but please listen to me when I say this. America is worth it, our children are worth it,” Clinton, in her first public remarks since conceding to Trump last Wednesday, told a Children Defense Fund event honoring scholarship winners. “Believe in our country, fight for our values and never, ever give up.”

A good book and a bitter pill

“There have been times this past week when all I wanted to do was just to curl up with a good book or our dogs and never leave the house again,” said Clinton, who narrowly won the popular vote but comfortably lost the electoral college tally to Trump after struggling in several of the US’ crucial swing states.

“I know many of you are deeply disappointed by the results of the election. I am too, more than I can ever express,” Clinton said. “But as I said last week, our campaign was never about one person or even one election. It was about the country we love, and building an America that is hopeful, inclusive and big-hearted.”

“America is still the greatest country in the world, it is still the place where anyone can beat the odds,” Clinton also said. “It’s up to each and every one of us to keep working to make America better and stronger and fairer.”

Clinton didn’t cite the president-elect by name in her speech, making only a reference to the controversial policies he espoused en route to the White House.

Clinton has attributed her defeat to the decision by the FBI to reexamine her use of a private server as secretary of state but offered few or no allusions to mistakes she may have made during the presidential campaign.