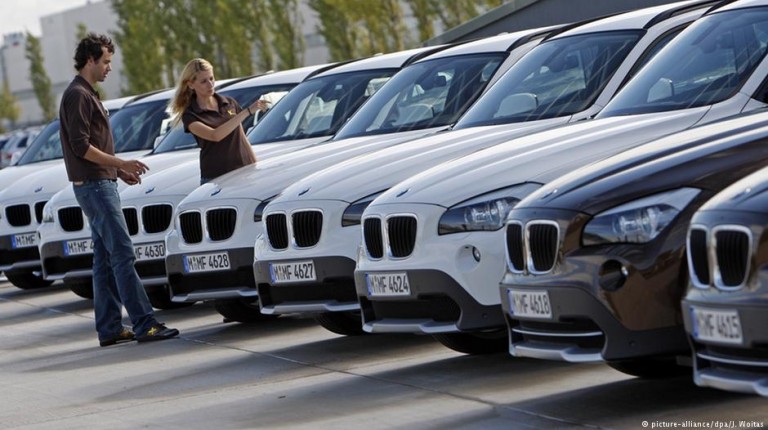 Automakers record the first fall in October sales since the industry’s six-year crisis ended. Big drops in France and Germany clouded the overall picture, the European Automobile Manufacturers’ Association said.Car sales in Germany were down sharply in October, contributing to the first decline in overall European purchases for the month since the industry emerged from a deep crisis four years ago.

About 1,105,000 vehicles were sold in Europe during the month, a decline of 0.02 percent, the European car manufacturers' association ACEA said.

ACEA described the results across the Continent as "diverse" – with 9.7-percent sales growth in Italy, 4 percent in Spain and 1.4 percent in Britain.

But Germany's steep fall of 5.6 percent, and a 4-percent decline in France, ensured that the European figures would be stagnant. The Netherlands marked the biggest minus, with the number of units shifted down 22.2 percent.

It was a mixed picture for automakers, with Volkswagen recording a 1.7-percent sales contraction in October, while Fiat Chrysler gained 6.9 percent. Among the largest makers, France's PSA Peugeot Citroen recorded the biggest drop, with sales plummeting 7.2 percent compared to the same period last year.

The October figures come after record sales in September and a successful year to date. Over the first ten months of the year, car registrations in the EU were up 7.2 percent, totaling 12,348,502 units.