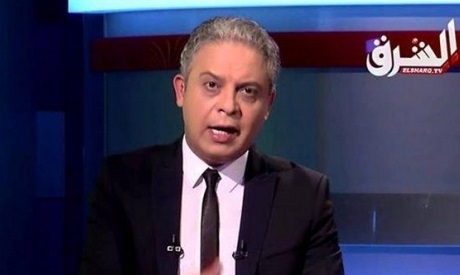 Egypt addressed Interpol with a request to put three TV hosts on the list of wanted suspects upon arrival at international ports of entry, local media reported Monday.

TV hosts Moataz Matar, Hisham Abdullah, and Mohamed Nasser were sentenced to three years in prison on Saturday for charges of incitement against the state. The verdict came in absentia.

“I understand that my friends must be bored of consoling me after the fourth verdict. They make 17 years [in jail] in total,” Matar tweeted after the verdict.

The trio worked for Turkish-based channels supporting the Muslim Brotherhood. Abdullah, an Egyptian actor, works with Watan channel, while Nasser and Moataz work for Al-Sharq.

Matar previously received 10 years for charges of inciting to overthrow the regime in July 2015. Earlier in October 2014, Matar was reportedly fired from his job at an Egyptian radio station for taking an unlimited vacation during which he joined Al-Sharq channel.

In February 2015, former general prosecutor Hisham Barakat put Matar and Nasser on lists for authorities to arrest them at airports.

Like many Muslim Brotherhood members and supporters, the defendants fled to Turkey after the ouster of former Islamist president Mohamed Morsi, amid the closure of the group’s affiliated media channels.