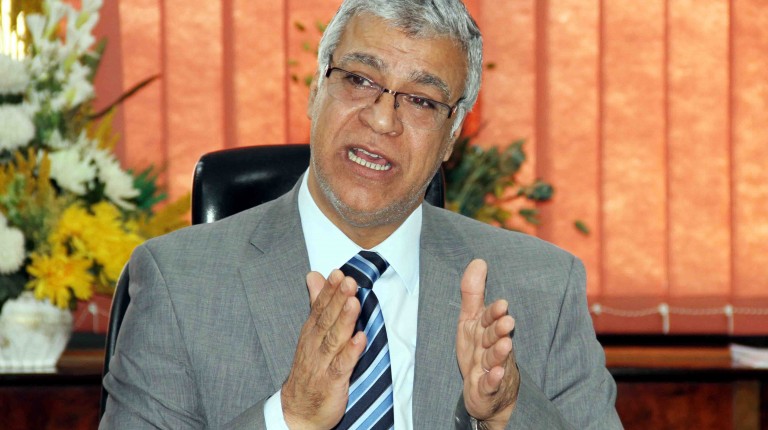 The US company Apache plans to drill just under 100 wells in the western desert at a cost of $908.9m this fiscal year. This project is divided into 74 development wells at a cost of $552.5m and 23 exploratory wells at a cost of $346.4m to maximise the daily production to more than 146,000 barrels of oil and 810m cubic feet of gas.

Mohamed Abdel Azim, the head of Khalda Petroleum, a joint-venture company between Apache and the Egyptian General Petroleum Corporation (EGPC), told Daily News Egypt that he recently agreed with a foreign partner to increase investments during the current fiscal year.

Is Apache in discussions with a foreign partner to increase investments?

The plan will be reviewed by Apache in January 2017 to determine the estimated increase in investments for the fiscal year (FY) of 2015/2016, and to set the plan for the next FY.

We will allocate three rigs for drilling a number of exploratory wells during the first half of 2017, to work on increasing oil and gas production rates and offset the natural decline of fields’ productivity.

What are the company’s estimated reserves in its concession areas in Egypt?

The company’s total reserves in concession areas in the western desert amount to 2.8tn cubic feet of gas.

What is the highest production rate the company has achieved so far?

The production of Khalda Petroleum represents 40% of the western desert’s total production of crude and condensates, which is approximately 25% of Egypt’s production.

The company is working on developing the oil fields so as to acquire to the best sustainable production levels in order to support energy and economic development needs in Egypt.

The company’s production accounts for 63% of the western desert’s total production of gas and 15% of locally produced natural gas.

The company works continuously to offset the usual rates of decline in order to remain the largest producer of natural gas in Egypt.

What is Apache’s plan to produce gas from limestone layers at Apollonia?

Apache plans to spend $100m to implement the plan to drill 20 horizontal wells in the Apollonia field in the western desert. In the event that the company succeeds in testing the horizontal wells, which are currently implemented for the development of the field, this plan should produce about 40m cubic feet of gas per day from limestone layers.

A budget of $24m was approved for the implementation of tests at Apollonia field to drill and complete three horizontal wells and to connect them to the production facilities.

The second well is to be completed using multistage hydraulic fracturing technology. It is expected to be put into production by next month.

The company drilled two vertical wells at a total cost of $7m in order to take samples to study the nature of the reservoir, which will help when implementing drilling programmes and hydraulic fracturing appropriate for horizontal wells.

Two horizontal wells were drilled in Apollonia at a cost of $14m. This is besides completing the first well, which became operational in July at a production rate of 6.5m cubic feet of gas per day. The total production rate of the well reached 680m cubic feet by the end of October, using the multistage hydraulic fracturing technology.

Apache and Shell Egypt, in cooperation with the Egyptian General Petroleum Corporation (EGPC), have signed an agreement for research and development of unconventional gas production from the limestone layers at Apollonia field in the western desert.

How many successful exploratory wells have been dug by Khalda Petroleum?

The company has a 70% success rate out of the total exploratory wells drilled annually in its concession areas in the western desert. This is the highest rate of successful oil and gas discoveries globally.

The oil and gas concession areas are estimated at ​​14,000 sqkm in the western desert. The average cost of well drilling is $3.5m, according to the rental rate of rigs and other equipment.

What is the natural attrition rate of the company’s wells?

Khalda reduced the natural attrition rate of its wells in western desert concession areas to 29% annually out of the total output, compared to 41% in the past fiscal year.

How could Khalda reduce its financial expenses annually?

The company has succeeded in reducing its financial expenses by about $22m throughout the past fiscal year, as a result of the 30% discount on services, equipment, and rigs that we receive from other companies.

The value of Khalda’s contracts and operations were reduced, including the guided drilling, as we are dealing with three companies in this area: Halliburton, Schlumberger, and Baker.

The company amended its contracts with Baker and reduced the cost of equipment by 10% and wages for technicians and labour by 13%, equivalent to $1m annually.

The company succeeded in saving $3.7m annually through reducing the time required to send and dispatch equipment, which helped in reducing wasted days and expenditure in general.

Khalda Petroleum agreed with the Egyptian Drilling Company and Sino Tharwa Drilling to reduce the daily rental rate for rigs and maintenance and transition equipment by 7-20% based on the decline in oil prices, which saved nearly $7m.

The company changed the design of drilling wells and using two sizes of pipes rather than three sizes in several concession areas, which led to reducing the length of workdays and costs by $1m for each well—a total of nearly $8m. Production from the wells was accelerated as well.

We are working to apply these changes at other wells, in accordance with the drilling plan in concession areas in the western desert.

The company has saved nearly $2m from its annual expenses by using new drilling techniques, such as changing the soil type as well as the digger, thus decreasing the period of drilling wells by more than 30%. The cost of drilling per foot was reduced by 7%.

We reused wells and pipe head equipment instead of buying new ones and assembled 60 wellheads instead of purchasing new equipment, which has saved roughly $915,000.

In addition to saving roughly $250,000 to repair wellheads rather than purchasing new ones, the company saved $450,000 for one of the wells by purchasing well and pipe heads from Apache, Soko, and Qaroon, as compared to the price other companies charge. We saved roughly $1.6m.

Did you add new reserves to companies’ oil or gas balance during the past period?

We added new reserves estimated at more than 50m barrels within two years, following exploration success during 2014-2016 during which we combined new concepts for exploration and three-dimensional seismic reprocessing which determined new opportunities. The exploratory successes include Bernice and Ptah fields.

How many years has the company worked in oil and gas production in Egypt?

As of September, Khalda has completed 31 years of work in the Egyptian petroleum sector. The company operates 14 concession areas; since its foundation 991m barrels of crude oil and condensates and 4.2tr cubic feet of gas have been produced.

Have any petroleum sector companies been assigned to any projects?

We have assigned project implementation processes to ENPPI and Petrojet companies worth $536m over the past five years, including the palace compressor station project, which was assigned to them at a cost of $288m.

We are developing the Hydra field and establishing two 22km lines to connect Hydra and Shams stations. We assigned the implementation works to Petrojet at a total cost of $18m, and construction projects in the western region, to be implemented by the two companies, at $230m.

A group of new projects are being implemented, including the second phase of development for the Hydra gas fields. The implementation of the third phase of the compressor plants in Hydra and Tareq regions are underway. The company has updated the central processing unit and the gas compressors in Kalabsha and Aboul Gharadik, and carried out necessary studies for the development of the electricity plant in the latter field.

What are the technical details of the company’s gas and oil production?

All production facilities and gas and oil processing plants are working at full capacity, as the highest rates of gas, oil, and condensate production were reached.

Gas coming from wells is processed through removing the impurities affecting its thermal value, like water and carbon dioxide in addition to mercury and hydrogen sulphide, to increase its efficiency and thermal value. It is processed to achieve its desired specifications before pumping it into the national grid through a group of operations.

Salam Gas Processing Facility is composed of two units. The facility was established in 1999 with a production capacity of 200m cubic feet of gas per day, in addition to 13,000 barrels of condensates per day.

The third and fourth gas processing factories were added and made operational in 2009 with a production capacity of 200m cubic feet of gas per day, and 26,000 barrels of condensates.

Al-Abyad plant, which works at a capacity of 250m cubic gas per day and 14 condensates barrels, was established in 2007. Gas pumping begins from the Qasr area under pressure of the wells estimated at 115 bars, in an 18-inch line, to Shams area, then to Al-Abyad under the pressure of 90 bars.

The plant is composed of five identical production lines; separating water and condensates from gas begins in three-phase separators, followed by the units to separate gas from mercury, and heating gas and condensates after sending them through the lines to the two factories of Al-Abyad Badr El-Din in order to carry out additional processing at a capacity of 410m cubic feet.

The crude oil processing plant in Al-Salam, established in 1986, works at a capacity of 50,000 barrels of gas per day. It processes crude oil produced from wells to clear it from impurities, as well as separate it from water, gases, and salts in order to ship it to Hamraa port.

What responsibilities does Khalda take on besides its production work?

Despite the challenges facing petroleum companies, the company is committed to protecting the environment and preserving it. Moreover, it pays special attention to developing human resources.

Khalda also gives priority to career learning, training, and development as part of its continual work to develop a new generation of professionals who can lead this large institution towards the future.

The company has recently offered modern medical devices to Matrouh Public Hospital, and opened eight schools in the governorate of Matrouh as part of the company’s social participation to improve the status of the Western Sahara and Matrouh residents.