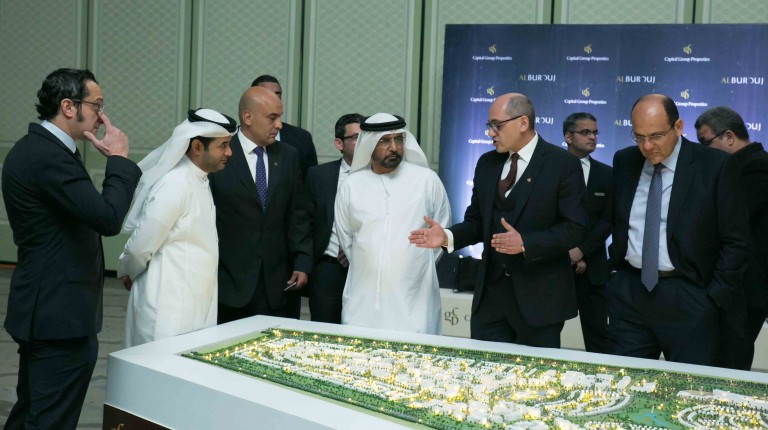 Hassanein told Daily News Egypt that the first phase of the projects will be delivered in early 2020, adding that Al Burouj project’s total investments are worth EGP 40bn throughout three phases. The project is situated on 1,212 acres and will include 30,000 housing units in the area between Suez and Ismailia desert road.

Hassanein noted that the project is an integrated residential city, as CGP has contracted with the International School of Choueifat to develop a school within Al Bourouj.

Moreover, the project will include a medical complex, as well as a cultural centre and a 70-acre farm for organic products.

Hassanein revealed that CGP is studying the establishment of new projects in the North Coast, Cairo, and the Red Sea area, adding that the company is negotiating with the government regarding the lands.

He pointed out that the construction cost increased by 30%, therefore, he expected an increase in unit prices by 100% within four years.

“There is no real estate bubble because there is a real demand on property in Egypt, distinguishing it from other countries,” Hassanein said. “The real estate market in Egypt has gone through several problems in 1998, 2003, and 2008, and we expected that the market will witness a massive recession, but within a few months, the sector has recovered and achieved profits.”

He said that that foreign direct investment in the sector amounted to $600m in 2016, which can be doubled in the coming years.

Hassanein added that the size of foreign direct investment in real estate globally is estimated at trillions of US dollars, of which Dubai alone annually acquires about $13bn.

The chief projects officer stressed the seriousness of not being able to transfer profits abroad, which appeared after 2012.

He said that Egypt needs to reconstruct utility connections to 80,000 acres to implement the 2050 plan, of which only 10% have been developed since 2012, pointing out that the country can’t reach this figure without the participation of the private sector in investing in infrastructure.