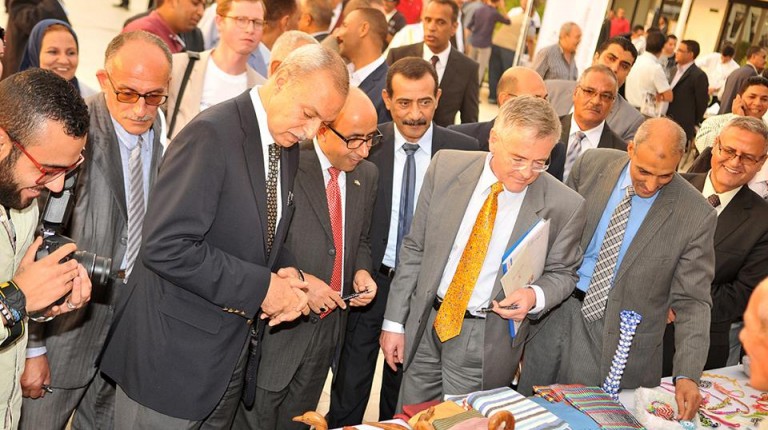 The total cost of projects being carried out by Germany in Egypt registers €1.6bn, German ambassador to Cairo Julius Georg Luy said in a press statement on Sunday as part of the ongoing “German Week in Upper Egypt”, which began on Saturday in Luxor.

He said Germany is paying great attention to marginalised areas in these planned projects, adding that financing for the developmental cooperation package for 2016 reached €150m.

On the second day of the “German Week in Upper Egypt”, German embassy representatives, headed by Luy, paid a visit to Qena governorate and held meetings with Egyptian educational and governmental officials.

In response to this suggestion, the German ambassador asked Al-Hagan to provide the embassy with the number of teachers that need to be qualified to teach the German language at this school.

Luy said: “We, the German Embassy in Cairo, welcome this suggestion for a German school in Qena. The embassy is awaiting necessary information regarding the fundamental requirements and number of teachers who need training to teach German efficiently.”

Germany has carried out a number of vital projects in Qena, particularly in establishing water purification and sewage stations.

The embassy delegation inspected the newly established sewage and drinking water purification station in Qena which was financed by the German organisation GIZ at a cost of €7bn.

On Saturday, the German Embassy in Cairo launched the “German Week in Upper Egypt” in Luxor with the attendance of Luy and Local Development Minister Ahmed Zaki Badr.

The launch began with the inauguration of the Faculty of Al-Alsun at the South Valley University in Luxor, which includes a German language department.

More than 10 German scientific organisations and other NGOs are set to attend, representing German-Egyptian cooperation in various fields and across several governorates, including Qena, Sohag, and Minya.

The event will be held until 22 November and the German ambassador is expected to hold talks with several governors during this time.