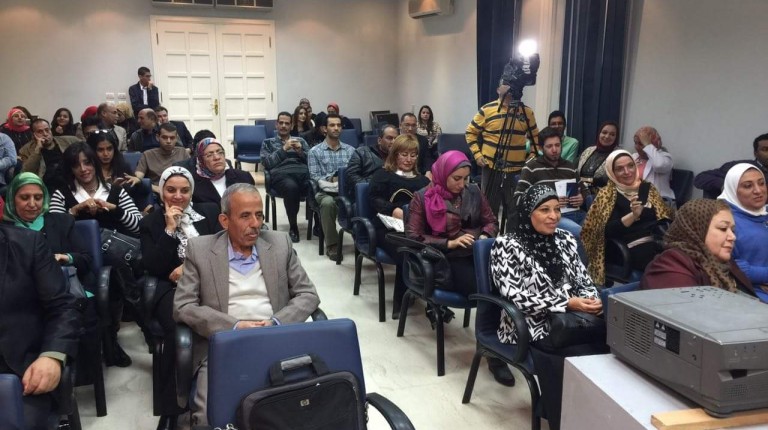 Aiming to raise awareness about the importance of documentaries in Alexandria and to encourage young filmmakers to produce more effective documentaries, the Mahmoud Saed museum is hosting the first round of the Alexandria Documentary Film Festival from 19 to 24 November.

The festival programme includes screenings of documentaries made by Dr Medhat Mekkawy, a leading TV director and scriptwriter who has directed a large number of documentaries over the past few decades.

The festival’s opening ceremony attracted a number of prominent public figures, such as Alexandria’s governor, the deputy secretary of the Ministry of Culture, and several young filmmakers from across the country.

“The festival hosts a daily workshop meant to train young documentary producers and directors and to provide them with the skills they need to start their professional career in this field,” said Fayza Harby, the media speaker and the main coordinator of the movie screenings in the festival.

The workshops begin at 5pm everyday and are followed by the festival’s documentary screenings. By the end of the workshops, the young trainees will be asked to produce their own movie in order to implement what they have learned during the sessions. The movie production will be funded by the culture ministry, the main sponsor of the festival.

According to Harby organising the festival was no easy task. “It was hard to find a good place to host the festival and a suitable venue to hold the workshops,” she said. “People didn’t understand how we would manage to dedicate an entire festival solely to documentaries, and suggested we include other genres as well, but we had very specific goals in mind.”

The festival’s closing ceremony will include a few documentaries made by university students.

“We are also planning a new edition of the Alexandria short film festival, which will be held in April 2017,” Harby said. “We received more than 200 short films that will be reviewed carefully by our committee.”

The jury will include well known directors Sherif El-Bendary and Mohammed Diab, as well as the American University in Cairo cinema professor Malak Khory. “Dr Mohammed El-Adl, a leading producer and script writer, will be the honorary president of the festival for the third time,” Harby concluded.