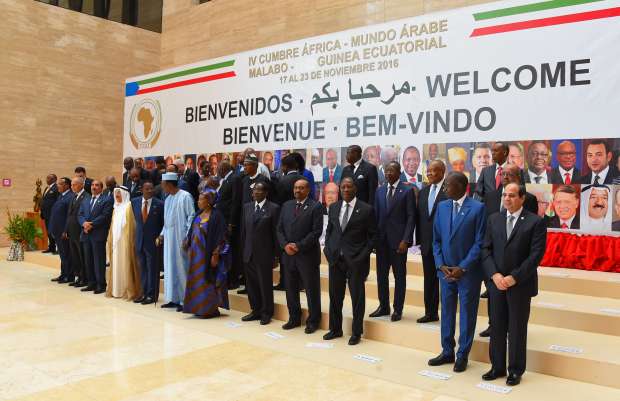 Tension has swept over the preparations of the Arab-African Summit, as the delegation of Morocco withdrew on Tuesday due to the participation of an independent delegation from Western Sahara. Saudi Arabia and the United Arab Emirates followed the footsteps of Morocco and withdrew from participating in solidarity with Morocco. Other countries reportedly followed and withdrew from the summit, including Qatar, Jordan, and Bahrain.

All parties have agreed on a public referendum whereby they will decide on the political fate of Western Sahara; however, the referendum date has not been fixed yet.

The political and economic challenges that are currently facing the region are at the top of the agenda of the summit. The third summit was held in Kuwait in 2013.

Al-Sisi concluded his three-day visit to Portugal late Tuesday after he met with his Portuguese counterpart, prime minister, and several officials and investors, aiming to enhance bilateral relations between the two countries.