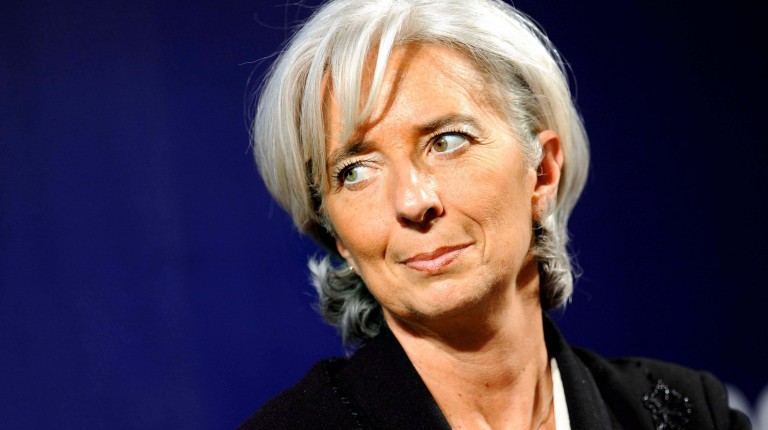 On 11 November, the executive board of the International Monetary Fund (IMF) approved a $12bn three-year extended fund facility for Egypt, in support of the government’s economic reform programme. Ever since negotiations with the IMF started, the government has implemented a number of economic reforms, including passing the civil service and value-added tax laws, floating the Egyptian pound in reaction to the foreign currency crisis, and reducing subsidies on fuel and petroleum products.

While the programme was set to help Egypt restore macroeconomic stability and promote inclusive growth, the widening deficits in the budget, the trade balance, and internal debt still form obstacles to those objectives.

Now that the supposed lifeline and needed inflow of currency is allegedly secured, it is up to the government to ensure that the loan will be allocated in a manner that ensures Egypt’s path towards prosperity. This does not only include creating a climate that enables viable local production and attracts foreign investment by reviewing legislation, but also making sure that the burden that is laid on the shoulders of the citizens does not force the majority of the population below the poverty line.

It also requires the government to carefully re-evaluate its own role in the country’s economy, its readiness of cooperating with instead of crowding the private sector, and its actual ability to allocate the money in areas that ensure a solid return. After all, the loan needs to be repaid to the IMF after 10 years with an interest rate of 1-1.5%.

On Monday, the Egyptian Center for Economic Studies (ECES) held a meeting to discuss the government’s role in the economy during the near and far future. Minister of Planning and Administrative Development Ashraf El-Araby participated in the meeting with Mostafa El-Sayed, an economics and political science professor at Cairo University, and a number of members of parliament.

Al-Araby and El-Sayed talked about what the government must do to bring about a better economy and the framework that the state must work within.

The talk highlighted the government’s efforts and economic activities, as well as its outlook on the future, but no criticism was withheld.

El-Araby talked about the government’s role in economic activities as specified in Egypt’s Constitution.

He explained that Egypt suffers from economic shortcomings due to its past regimes. One of these shortcomings is the lack of Egypt’s production that stands in the way of the country’s competitiveness in the global market and reduced exports, resulting in increasing imports and consequently, a large gap in the trade balance.

The gap that records almost $50bn led to a foreign currency crisis that Egypt has been facing since 2011, he noted.

The minister said that with a budget deficit of 12% and a national debt that reached nearly 100%, other problems emerged, such as a high inflation rate and a low growth rate.

El-Araby added that the government wants to increase the growth rate to register 6-7%, while bearing the concept of social justice in mind in order to protect the poor from the harsh, but important decisions implemented in the past months.

The government is working on creating a large database, the minister noted, explaining that this would help the country attract investment in governorates that do not highly contribute to the national gross domestic product (GDP).

Cairo represents 14% of Egypt’s GDP, but southern Upper Egypt contribution amounts to almost 5%, which means that the government must pay more attention to areas that are facing high unemployment and poverty rates, according to El-Araby.

The minister said that in 2000, Egypt’s poverty rate recorded 16%. In the past years, the government doubled the budget allocated for in-kind and cash subsidies many times, but the rate jumped to 27.8% in 2016, meaning that the problem cannot be confined to the amount of allocated money. It is all about choosing and finding the people who deserve the support, which will be enabled by the new database, he noted.

He claimed that 71 million people out of a total population of 90 million own subsidy cards, affirming that the government is paying for the wrong people.

He believes that the government, including the military, does not crowd the private sector by manufacturing commodities, but that the crowding of the private sector comes indirectly from banks. When the government has a large deficit, it obtains loans from banks at high interest rates, which is much more attractive for the banks than providing loans for investments or small- and medium-sized enterprises (SMEs), El-Araby stated.

He believes that if the government reduces its borrowing rate, the banks will have to support investments and SMEs to acquire the same profits it used to make through lending the government.

Regarding governmental efforts, he said that the government allocated EGP 147bn for investment, which is a large number, which includes investments in building 650 housing units for EGP 61bn. This would improve the performance of the construction sector, which is one of Egypt’s biggest sectors, as it provides employment opportunities and depends on other industries.

It also provides houses for the poor, which means that it has not only economic, but also social dimensions, he noted.

El-Araby said that governmental investments focus on infrastructure, explaining that only 15% of Egypt’s villages have access to water and sanitation. One of the government’s goals, as stated in the Sustainable Development Strategy: Egypt Vision 2030, is to increase that rate to 50%, which is too much of a difficult task for the government to bear alone, he highlighted.

The government has to cooperate with the private sector through partnerships and implement hard decisions in order to attract foreign investments, said the minister.

He emphasised that Egypt’s mega projects improve the economy and create jobs.

One of those projects is the New Administrative Capital, which El-Araby said is very important because it increases the number of urban areas, especially with the “scary rate of population growth”.

He believes that the new capital would provide jobs, absorb the impact of population growth, and create important investment opportunities that would provide a massive return on investment in the future.

Regarding the 1.5m acres reclamation project, he stated that the government created a private company that is managing the project to reduce bureaucracy, lifting additional burdens from the government’s shoulders.

El-Araby believes that the Civil Service Law was one of the most important laws the government implemented, explaining that it improves the governmental administrative structure and creates partnerships with the private sector to provide public services.

He also noted that the military’s role is currently necessary, explaining that it has a strategy to exit the market once the government overcomes the current poor economic conditions.

From another perspective, El-Sayed said that the government cannot fix all the country’s problems without cooperating with the private sector and community, as well as civil society.

He believes that the role of the government is to implement the law and ensure security in general, adding that it needs to decide which fields it wants to attract investments in.

El-Sayed emphasised that according to the World Bank and the International Monetary Fund, the state’s role must include establishing a legal framework for investors, creating an attractive and stimulating investment climate, preventing discrimination, investing in infrastructure, protecting vulnerable societal segments, and protecting the environment.

This role has two conditions: firstly determining the government’s capacity on one hand and its responsibilities on the other hand, and secondly cooperating with other actors to fulfill these responsibilities, he noted.

He stated that the army’s role must not conflict with fields that the private sector invests in because it is not fair to investors.

Regarding mega projects, he said that the New Administrative Capital is a lie that will drain the country’s resources, and that no economically developed country ever established a similar project.

The professor emphasised that before the government offers public companies for trading in the Egyptian Exchange, it should first enhance the performance of these companies.

What can Egypt do to reduce its deficit?

After obtaining the first tranche of the International Monetary Fund (IMF) loan, the government will need to keep pace with reforms in order to secure the second and third tranches. The conditions for the loan set by the IMF include austerity measures in order to reduce budget and trade deficits, as well as the recent national currency flotation.

Given Egypt’s current economic crisis, the worst in decades, what can Egypt do to reduce its deficits?

Omar El-Shenety, managing director of Multiples Group, told Daily News Egypt he believes the government must work as hard as it can to increase exports, as they are the most sustainable and reliable source of foreign currency.

El-Shenety added that replacing imported products with locally sourced alternatives must be a priority in order to cut down on unnecessary imports. Merely raising import tariffs and barriers would only harm Egypt as the local market would not be able to replace imported goods. In this case Egypt, he added, would also be telling the world it is not an attractive market for foreign goods.

“It is the only way to reduce the trade deficit and improve the quality of Egyptian products,” he noted.

In August, the trade deficit stood at EGP 37.8bn, compared to EGP 38.9bn in August 2015, a decrease of 3.1%, according to the Central Agency for Public Mobilization and Statistics’ (CAPMAS) monthly bulletin on foreign trade statistics.

In a statement issued on 7 November, CAPMAS noted that the deficit dropped because the value of exports increased by 22.9% to reach EGP 16.7bn in August compared to EGP 13.6bn in August 2015. During this time the value of crude oil increased by 16.6%, readymade garments by 7.1%, food ingredients by 6.9%, and fertilisers by 87.9%.

However, CAPMAS noted that the quantity of some exported products decreased compared to August 2015, such as petroleum products by 17.6%, raw plastic materials by 25.1%, plastic by 5%, and fresh onions by 39.9%.

The Supreme Council for Investment, headed by the president, held a meeting on 2 November in which they issued a resolution package to revive the economy and stimulate investment. The package included tax exemptions for agricultural and industrial investment in Upper Egypt for five years, as well as new projects aimed at manufacturing key goods that could either replace imports or be exported. The package also froze the Capital Gains Tax for the next three years and urged all ministries and agencies involved to implement all decisions issued by the ministerial Committee for Investment Arbitrations within 15 days. A permanent committee will also be formed within the Ministry of Investment to investigate complaints filed by investors.

El-Shenety said these decisions will help attract more investments, noting he believes the government is on the right track. He noted that Egypt’s foreign investment portfolio is improving, noting that more than $8000m has been pumped into Egypt following SCI’s decision

“The challenge is to reduce imports by producing locally and increase exports,” El-Shenety said.