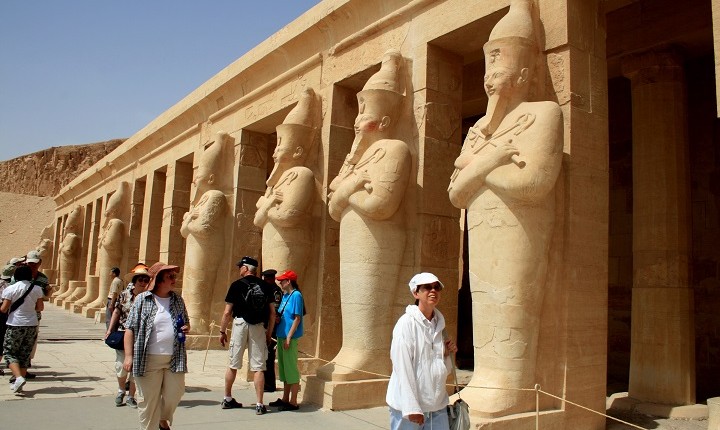 Egypt experienced a 68.4% decline in tourism revenues during the first nine months of 2016, compared to the same period in 2015, according to a report issued by The World Tourism Organisation (UNWTO) which was obtained by Daily News Egypt. Inbound tourism also declined by 48% in the same period.

According to the report, the number of tourists visiting Egypt in the last quarter of 2015 dropped by 28.9% after Russia and the UK suspended direct flights to Egypt.

The inbound tourism to Tunisia rose to 1.2% during the same period compared to 2015 as the number of tourists visiting the country reached 5.4 million in 2015.

Greece witnessed a 1.3% y-o-y growth in the number of tourists. The country had received 23.5 million tourists in 2015.Saudi Arabia topped the list for top tourist destinations in the Arab world, followed by Morocco, the United Arab Emirates, Egypt, and Tunisia.As for Israel, tourism revenue dropped by 2.3% during the first nine months of 2016 compared to the same period in 2015. Their revenue was $5.4bn in 2015.

Tourism revenue in Turkey decreased by 31.4% in the same period, while the country earned $26.6bn in revenue in 2015.

Morocco’s tourist revenue meanwhile grew by 10.2%, while tourism revenue in Greece fell by 7.2% during the first nine months of the current year.

Despite large declines in Turkey and Egypt, the total number of tourists in the world rose by 3.7% during the first nine months of 2016.

Tourism to the Middle East as a whole fell by 6.4% in the same period.

The report mentioned that Egypt has suffered a series of damaging events and many countries have issued travel warnings against Egypt. The report also made mention of government plans to restore tourism rates to normal levels.

Economic adviser to the Tourism Minister Adela Ragab said Egypt had lost roughly 40% of its inbound tourism. She added the absence of Russian and British tourists coming to Egypt has resulted in a loss of at least 3.5 million tourists.

Ragab explained that Sharm El-Sheikh was the most popular tourist destination for British visitors; however, only a small number of British tourists visited Egypt after direct flights to Sharm El-Sheikh were suspended by the British government.

Minister of Tourism Yehia Rashed said in previous statements that the total number of tourists visiting Egypt in the first nine months of 2016 totalled four million, of which 1.5 million were Arab tourists.