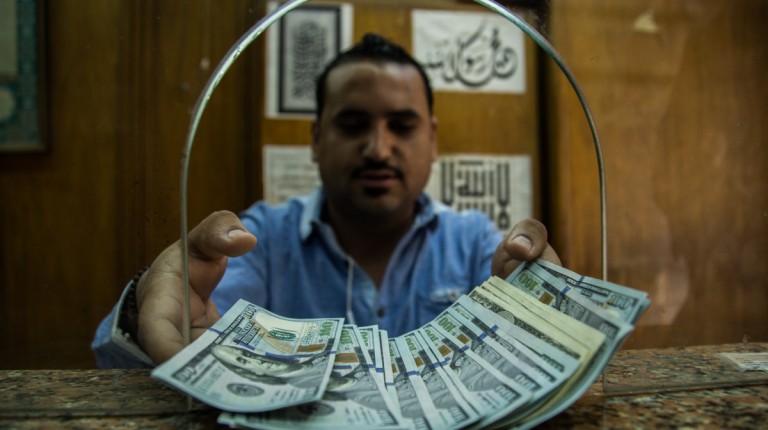 The average price of the US dollar according to the Central Bank of Egypt’s (CBE) exchange rates on Thursday increased slightly, registering EGP 17.3766 for buying, up from EGP 17.3053 on Wednesday. The selling price went up to EGP 17.8134 from EGP 17.7807.

CBE governor Tarek Amer announced earlier this week that the total amount of US dollars that have been collected by banks since the CBE’s decision to float the pound on 3 November has reached $3bn.

Prior to the CBE’s decision to float the currency, the price of the dollar was set at EGP 8.83. The move was made to eliminate the unofficial market and attract foreign direct investments.

Dollar climbs to EGP 18 at banks on Monday

Do not worry about volatility of exchange rate: bank leaders