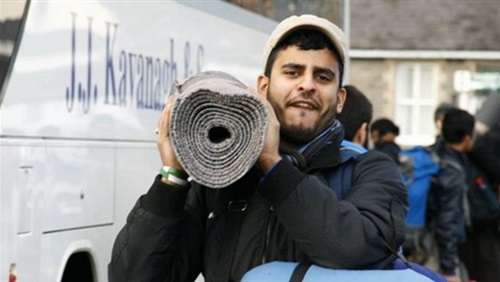 The Irish department of foreign affairs reportedly confirmed the appeal request sent to Al-Sisi, which he dismissed. Halawa’s trial has been adjourned 16 times since he was arrested on charges of terrorism.

The appeal request that was sent to Egypt came after the Detained Youth Committee formed by Al-Sisi listed 82 prisoners to be released by presidential pardon. The committee will include more names after studying further cases.

Halawa was detained on 16 August 2013 in the aftermath of the Rabaa Al-Adaweyya and Al-Nahda sit-ins dispersal. He was arrested along with his three sisters, who were shortly after released on bail. They were protesting against the ouster of former president Mohamed Morsi and the violent dispersal of the sit-ins. Halawa is being tried along with 493 other defendants, and may face a death penalty if found guilty.

Halawa sent a letter from prison in September, in which he disclosed the conditions of his imprisonment and torture he is subjected to, and its consequences on his worsening health conditions. Halawa said in his letter that physical torture in prison doesn’t count because the mental torture is much more severe.

He added that whenever he is transferred to a new prison, he must go through what he described as “the party”. This refers to a show through which the police officers make the prisoners understand “who has the upper hand”. The prisoners are beaten and stripped of their clothes, before they lie down on the floor and the police begin jumping on their backs.

The Irish parliament demanded the immediate release of Halawa in August. However, Egypt turned down the request and considered it a violation to the transparency of the judicial system.

In December 2015, the European Parliament called on Egypt to release Halawa. However, the Egyptian Ministry of Foreign Affairs considered the demand a severe violation to the transparency of Egypt’s judicial system.