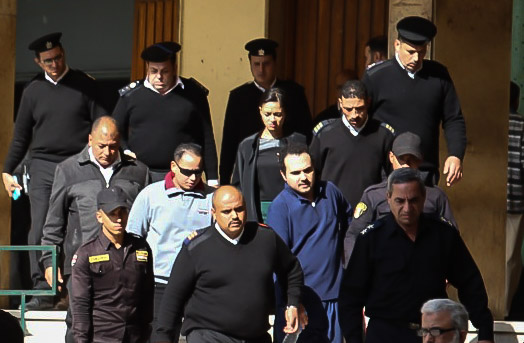 The North Cairo Court rejected for the third time an appeal to halt the two-year prison sentence given to detained novelist Ahmed Nagy.

The appeal was also rejected in July.

In February, Nagy was sentenced to two years in prison after an initial acquittal over charges of publishing and writing an article with “obscene sexual content”. The court also ordered the editor of Akhbar Al-Adab to pay a EGP 10,000 fine for publishing Nagy’s article.

Nagy’s arrest sparked widespread concerns from journalists, intellectuals, and public figures who called for solidarity with Nagy and other writers and scholars who have been legally prosecuted due to their work.

Articles 47 and 67 of the 2014 Constitution protect the right to freedom of expression in arts and entertainment, and prohibit the government from arresting artists to enforce state censorship policies.

Member of parliament Tarek El-Khouly, who is a member of the Detained Youth Committee, told Daily News Egypt in previous statements that the committee is studying whether the case of Nagy may be included in the list of prisoners to be potentially pardoned. The first pardon issued by the committee was published without his name, despite the MP’s statements and his involvement in the publishing case.

The Detained Youth Committee was established by the presidency during the National Youth Conference in October to review the status of those imprisoned for crimes related to freedom of expression and publishing, especially young students.